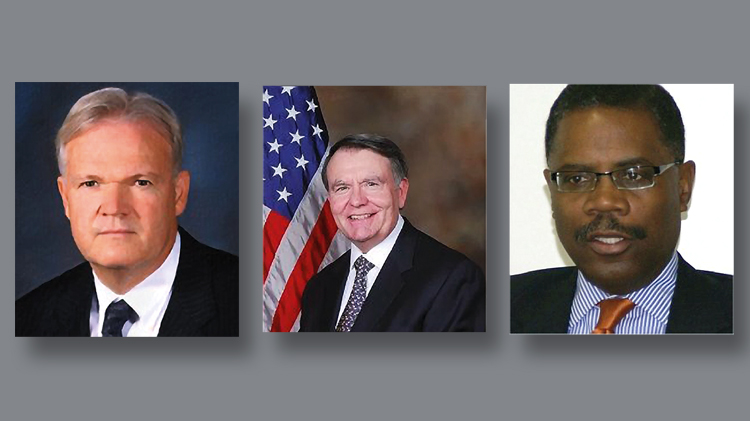 President Donald Trump finally has come to the aid of the United States Postal Service by announcing he will soon nominate three individuals, including the agency’s former inspector general, to serve on the agency’s long vacant board of governors.

The White House disclosed the three prospective nominees in a long list of appointments released Oct. 26, but Trump’s selection of former inspector general David C. Williams was not highlighted.

He was listed only as “David Williams of Illinois” in a news release.

Trump’s other two board nominees are well-known Republicans.

Robert M. “Mike” Duncan of Kentucky and Calvin R. Tucker of Philadelphia follow a presidential tradition of filling the postal board with political supporters.

But if the Senate agrees to Williams’ nomination, he will come to the board of governors with more knowledge about postal operations than any previous postal governors.

The three nominations were submitted to the Senate on Oct. 30.

At one time, postal governors were not supposed to have first-hand knowledge of postal operations.

As an appointee of the Board of Governors, Williams oversaw more than 1,125 workers who conducted audits and investigations of the postal workforce.

The postal board he will join has had up to nine presidential appointees in the past.

It has been absent any presidentially appointed governors since the last Senate approved nominee departed the board in December 2016.

The Postal Service welcomed the three prospective Trump nominations, although an agency spokesman said he could not provide details about the three individuals.

“We are pleased that the administration has announced its intent to nominate candidates for the United States Postal Service’s Board of Governors,” said USPS spokesman David Partenheimer.

“The public interest and the Postal Service are best served by a fully constituted board made up of well-qualified individuals with diverse perspectives and experience. We urge the Senate to confirm governors to fill the current vacancies.”

Postmaster General Megan Brennan had appealed to Trump, soon after he assumed the presidency in January, to nominate individuals to the board.

A number of postal functions, such as setting rates and selecting the agency’s two senior postal executives, require approval of the postal board.

Sen. Bernie Sanders, I-Vt., had blocked the appointments of former President Barack Obama’s nominees, creating what became a serious problem for the board.

Whether Sanders, who had been advocating a return of a postal savings program, or another senator will block the new nominees was not immediately clear.

Tucker was the lone African-American delegate from Pennsylvania to the Republican Convention in Cleveland last year and a strong Trump supporter, according an article on the Philly Voice website.

Robert M. Duncan of Inez, Ky., is a banker and a former chairman of the Republican National Committee.

He worked in the administrations of both George H.W. Bush and George W. Bush, serving as head of the Tennessee Valley Authority, a position once held by Marvin T. Runyon, a former postmaster general.