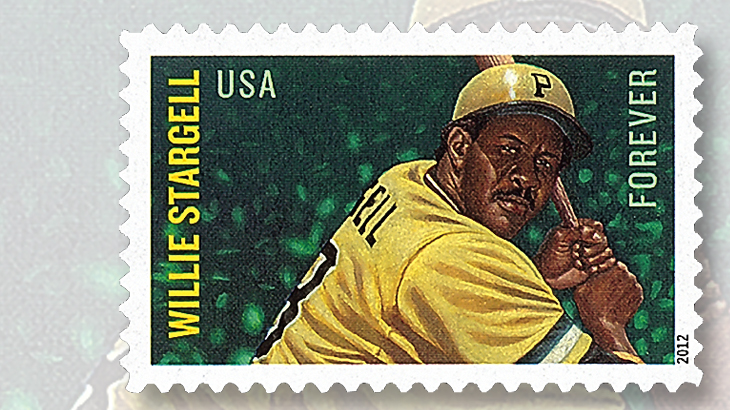 The first of the imperforate uncut press sheets in recent years, honoring Major League Baseball All-Stars, were issued by the United States Postal Service in 2012.

What is the fate of the United States Postal Service program centered around uncut press sheets of imperforate stamps?

Linn’s Washington correspondent Bill McAllister, in a story published May 31, speculates that the USPS “appears to have killed one of its most profitable new products: uncut press sheets of imperforate stamps.”

For more than a year, Linn’s has asked Postal Service officials for an update on the status of the program, but our questions have fallen on deaf ears.

Linn’s first reported on the program in the June 11, 2012, issue, following an announcement by the USPS that the Major League Baseball All-Stars stamps would be issued in five different press sheets, each without die cuts. The press sheets had a total face value of $270.

The normal die-cut Major League Baseball All-Stars nondenominated (45¢ when issued) forever stamps (Scott 4694-4697) were issued July 20-21, 2012, in five different panes of 20 stamps, each with the die cuts that normally separate each self-adhesive stamp.

Admittedly, the program drew criticism and was mired in controversy from the beginning, but the press sheets were popular with a number of collectors.

The uncut press sheets of imperforate stamps, also known as no-die-cut sheets, were issued in limited quantities, and those quantities frequently weren’t revealed until the sheets went on sale at first-day ceremonies.

Preorders for the sheets were accepted by Stamp Fulfillment Services in Kansas City, Mo., but the orders all too frequently were canceled, resulting in disappointment for collectors.

Whether justified or not, collectors accused the Postal Service of allowing dealers to corner the market for imperforate uncut press sheets. The Postal Service rejected these claims. Longtime USPS spokesman Mark Saunders told McAllister in early 2016, “Everyone has the same opportunity to purchase stamps and philatelic products from the USPS at the same time.”

Despite the frustration that surrounded the program, the imperforate uncut press sheets generated excitement among collectors, and the stamps were assigned separate numbers by the Scott catalog editors.

The imperforate uncut press sheets were likely one of the Postal Service’s most popular philatelic programs in recent years.

Despite its popularity, the program seems to have died a slow death. The Postal Service reduced the number of sheets issued and then stopped the program altogether.

Or so it seems. In May 2016, Linn’s was told by USPS Stamp Services Executive Director Mary-Anne Penner at World Stamp Show-NY 2016 that the status of the program would be determined by the end of the year.

A year later, we are still awaiting an answer, and collectors are left disappointed and frustrated.