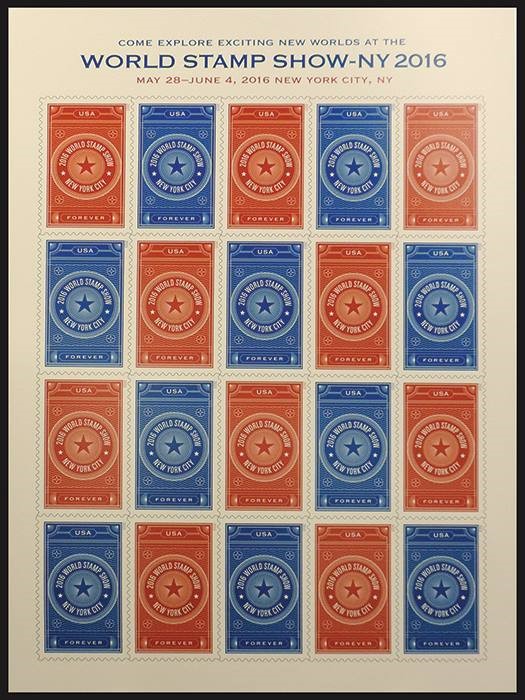 The stamps will be offered in panes of 20 with the two vertical designs laid out in a checkerboard pattern. The two stamps share the same design, with one printed entirely in red, and the other in blue.

The design has no pictorial elements. It has a star inside a circle in the center, with text around the star reading "2016 World Stamp Show" across the top, and "New York City" along the bottom.

The preliminary design was first revealed at the recent American Stamp Dealers Association Spring Postage Stamp Show, April 16-18 in New York City. Plans call for the stamps to be issued later this year.