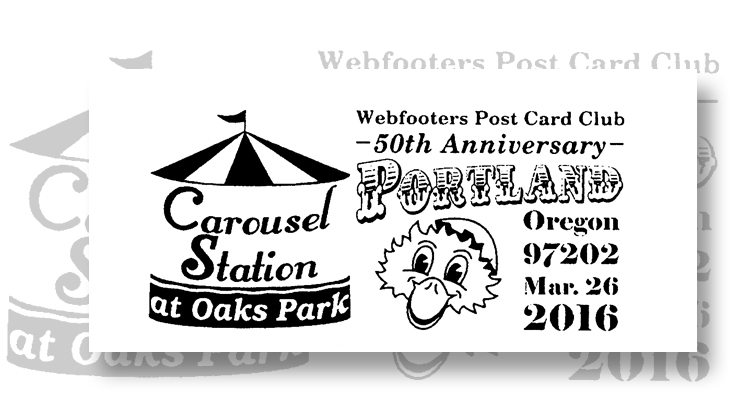 The March 26 pictorial postmark commemorating the 50th anniversary of the Webfooters Post Card Club in Portland, Ore., includes images of the club’s duck mascot and a carousel.

A postmark showing a duck and a carousel is commemorating the 50th anniversary of the Webfooters Post Card Club of Portland, Ore.

The group is celebrating March 26 with an anniversary event at Oaks Park Dance Pavilion in Portland that includes a post office cancellation station, social hour, guest speaker and more. There is a $5 admission charge, and the public is invited.

Additional information about the group is available online.