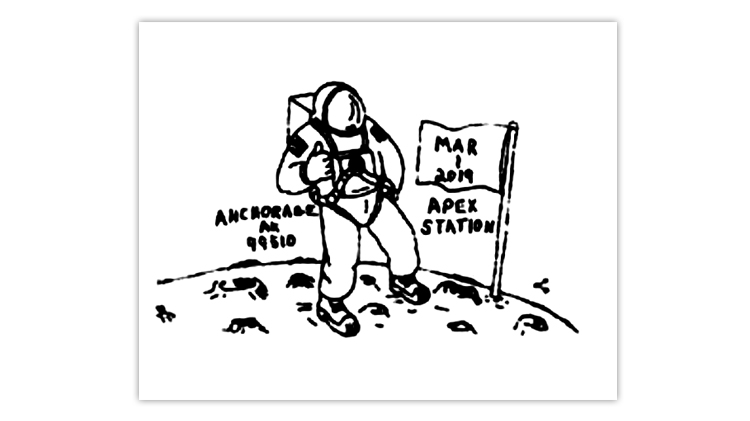 Fifty years ago this summer, the first humans landed on the moon as part of NASA’s Apollo 11 lunar mission.

A few days later, on July 20, Armstrong set foot on the moon and dubbed the feat as “… one small step for a man, one giant leap for mankind.”

For more information on the moon landing anniversary, visit www.nasa.gov.

Several groups have issued postmarks for this historic anniversary, including the Anchorage Philatelic Society’s design pictured above.

To receive the Anchorage, Alaska, postmark, address your request to: