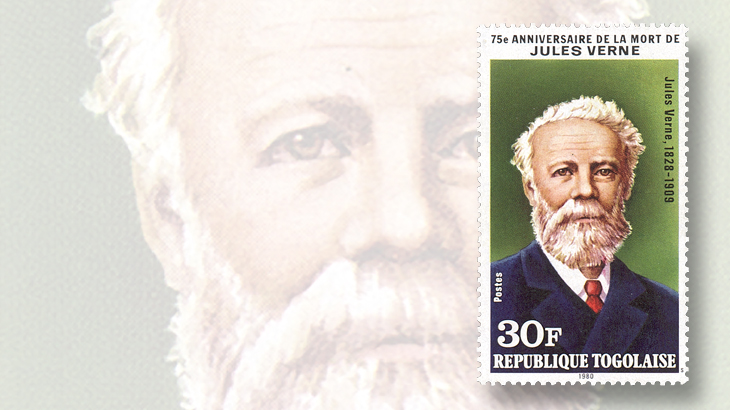 Quite a few countries have issued stamps and sets commemorating Verne. These stamps are popular with several different groups of topical collectors, including not a few who specialize just in Jules Verne.

Some of the more avid collectors are found outside the rather narrow confines of what we call, without intended irony, “organized philately.”

Prices for Verne stamps often fluctuate wildly because some of these Verne enthusiasts pay more for the stamps than someone more familiar with the hobby might. At any rate, it is an active market with different orders of collectors often vying for the same stamps.