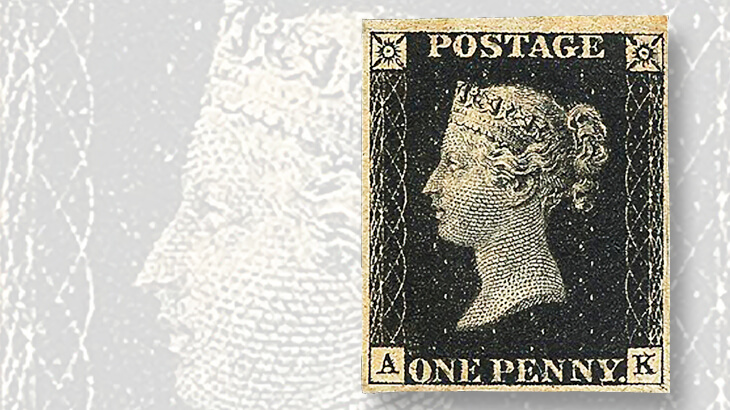 The world's first adhesive postage stamp, the Penny Black, got some screen time in a recent episode of the PBS series "Victoria."

What did Queen Victoria think of the world’s first self-adhesive postage stamp?

The new PBS program Victoria dedicated a scene to trying to answer that question in its Jan. 29 episode, the third installment of the show’s first season.

In the scene, the young monarch is introduced both to the concept of postage stamps by Rowland Hill, and to the very first example: the famed Penny Black that carried Victoria’s likeness.

Perhaps the most notable line comes after it is explained to Victoria exactly how postage stamps are attached to the letters being sent.

“So everybody who wants to send a letter,” Victoria says, “will have to lick my face?”

Below is the full Jan. 29 episode of Victoria. Skip to the 6:20 mark for the discussion of the Penny Black. (The episode is only available for free online until Feb. 22, 2017.)

What is the Penny Black stamp and why is it notable?

As Michael Baadke wrote in his Stamp Collecting Basics post about the “legends of the hobby,” the Penny Black is indeed known as the first adhesive stamp created and sold by any national government for the prepayment of postage. It was issued by Great Britain May 1, 1840, following a campaign by Hill to make mail services available to all by simplifying Britain's complicated system of charging for the delivery of mail.

A delicate engraved pattern makes up the background of the design that features a portrait of Queen Victoria, and a small alphabet letter appears in each of the two lower corners. These letters tell the position of the stamp in the full sheet of 240 stamps (20 horizontal rows of 12 stamps each).

The letter in the left corner indicates the horizontal row, and the letter in the right corner gives the exact position in that row, with A indicating the first row or position, B the second and so on. For example, a stamp with the letters B and C in the left and right lower corners, respectively, show that the stamp comes from the second horizontal row (B) and was the third stamp in the row (C).

The Penny Black is not a rare stamp, but it is rather expensive.