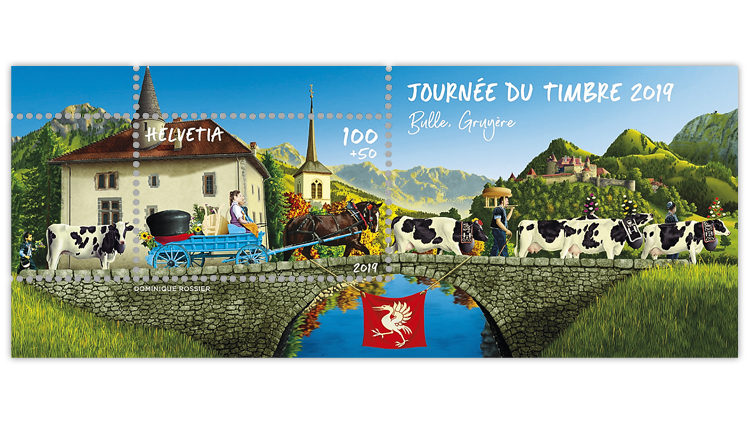 Figure 1. Cattle are shown descending from their alpine pastures into the town of Bulle on Switzerland’s Stamp Day souvenir sheet issued Nov. 14. 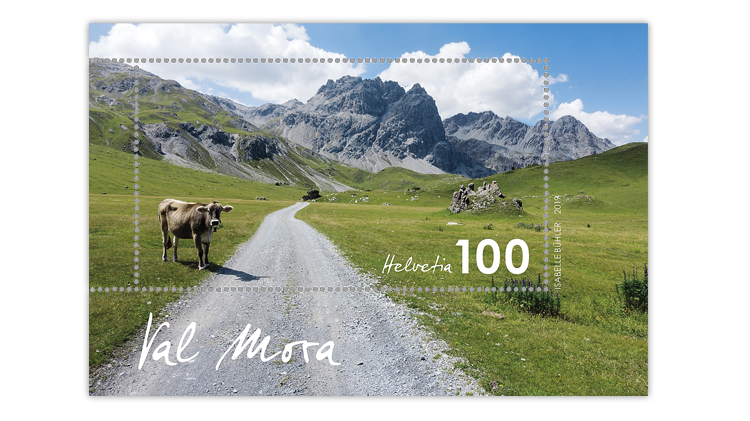 Figure 2. A cow is pictured in the foreground of this Swiss stamp showing the Val Mora landscape. This souvenir sheet was also issued Nov. 14. 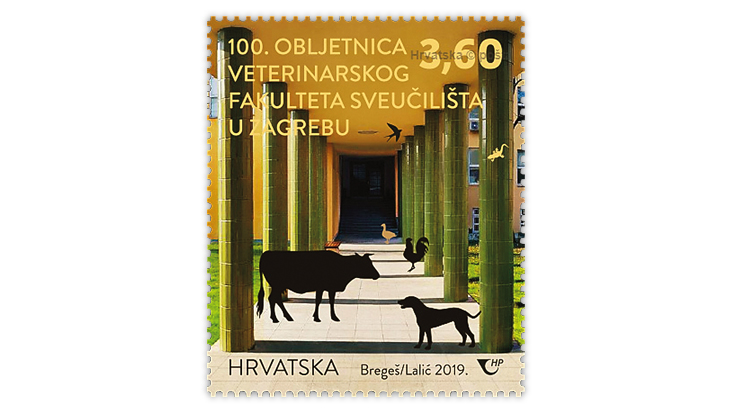 Figure 3. A silhouette of a cow is included in a commemorative issued Nov. 13 by Croatia to mark the 100th anniversary of the veterinary faculty of the University of Zagreb. 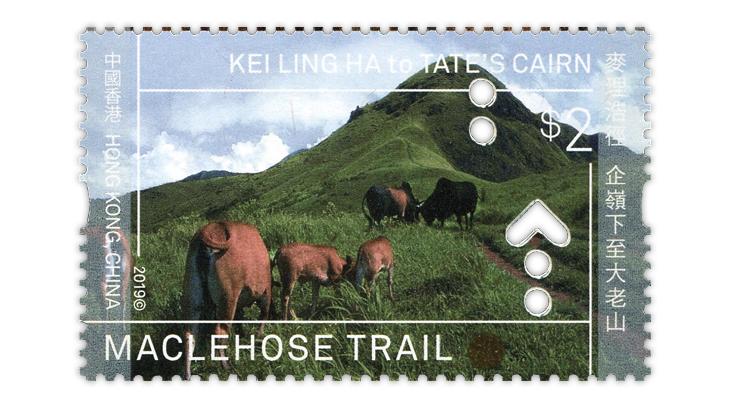 Figure 4. Feral cattle along the MacLehose Trail are pictured on this stamp from Hong Kong’s second set of Hiking Trails stamps. Soil from the trail is embedded in the stamp. 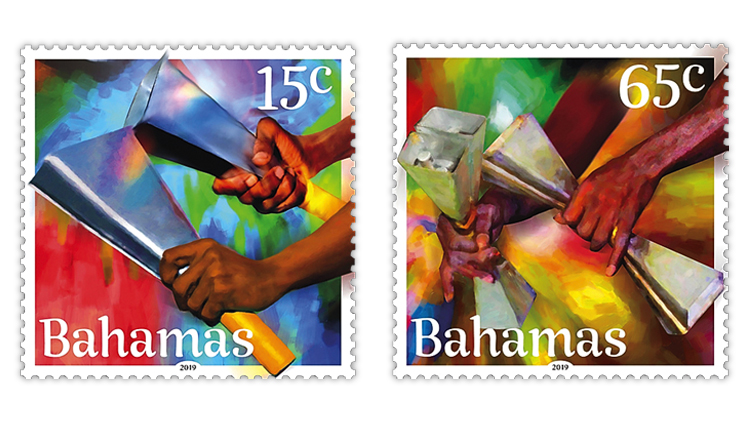 Figure 5. Two Christmas stamps from the Bahamas picture cowbells. The stamps were issued Dec. 5.
Previous
Next

Cows are pictured in the designs of two souvenir sheets issued Nov. 14 by Switzerland.

Shown in Figure 1 is the souvenir sheet promoting Stamp Day. It contains a single 1-franc+50-centime semipostal stamp showing a parade of cows in the municipality of Bulle.

The inscriptions “Journee Du Timbre 2019” and "Bulle, Gruyere" appear in the selvage on the right side of the souvenir sheet.

A Stamp Day exhibition, hosted by the Bulle Philatelic Society under the patronage of the Union of Swiss Philatelists' Societies, took place from Nov. 28-Dec. 1 in Bulle.

Swiss Post said of the design of the souvenir sheet: "Dominique Rossier depicts a typical scene of cattle descending from their Alpine pastures in the autumn. In the local dialect, this is known as 'la rindya,' after the moment when the Alpine farmers have to return ('rendre') the cattle to their owners."

The scene also includes Baillival Castle and other local buildings.

The other new Swiss souvenir sheet, pictured in Figure 2, represents a typical Swiss countryside scene at Val Mora. A cow is standing by the path featured on the 1fr stamp in the sheet.

The souvenir sheet reproduces a photograph by Isabelle Buhler.

Swiss Post said that in this photograph, Buhler aimed to "convey the unspoiled, remote and expansive nature of this typically Swiss landscape. Apart from Alpine cattle, mountain bikers and a few hikers, you won’t find anything in the Val Mora even in summer — which is exactly what she seeks to express in her photography."

A cow is among the animals pictured on the Croatian stamp shown in Figure 3. This 3.60-kune stamp was issued Nov. 13 for the 100th anniversary of the veterinary faculty of the University of Zagreb. The stamp was designed by Alenka Lalic, using a photo by Alen Breges.

Wild cows are pictured on one stamp in Hong Kong's set of 10 highlighting scenes on the 62-mile MacLehose Trail.

This $2 stamp, shown in Figure 4, represents the section of the trail from Kei Ling Ha to Tate's Cairn.

Joh. Enschede embedded soil from the trail on each stamp and also included a laser-cut arrow sign. The stamps were produced in various formats, including a booklet, a souvenir sheet and panes of 10.

Two of the four Christmas Bells stamps issued by the Bahamas Dec. 5 also have a bovine theme. They feature cowbells. The new-issue announcement from Pobjoy Mint said, "Cowbells are named after the similar bell traditionally used by herdsmen to keep track of their freely roaming animals.”