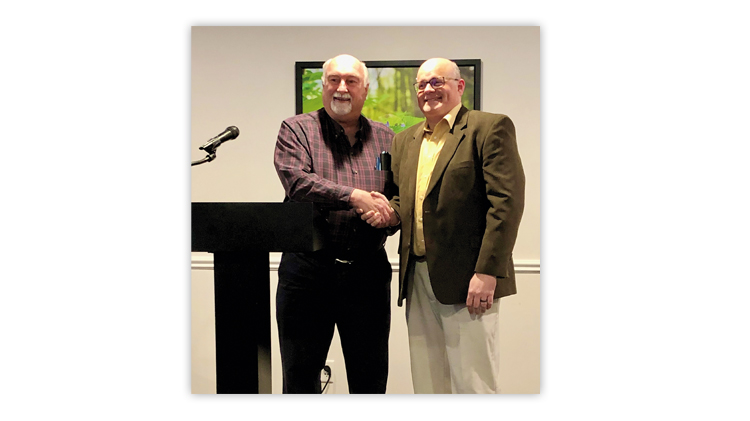 Recognition of the efforts stamp dealers put forth for this hobby comes in many ways.

I know we all appreciate the efforts dealers put forward to prepare material for us to browse through and purchase.

In early April, I traveled to my home state of Wisconsin to attend the state federation’s Wiscopex stamp show held April 9-10 in Fond du Lac.

During the show’s banquet on Saturday night, the Wisconsin Federation of Stamp Clubs inducted two collectors into its hall of fame and also announced the recipient of its 2022 Dealer Recognition award.

This year the award went to Michael Mules of Fox River Stamp Co., based in Salem, Wis.

The dealer recognition award has been a celebrated honor since it was first given in 1995.

I’m almost certain that other clubs around the United States present a similar award, but if not, perhaps this could inspire them to start.

For more information on the Wisconsin Federation of Stamp Clubs, visit its website.