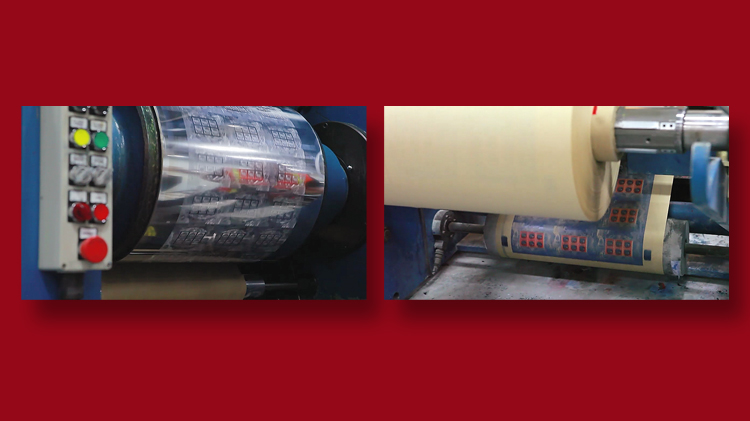 Figure 2. The printing plate (left) used by Banknote Corporation of America for Sennett Security Products in 2013 to create the $2 Jenny Invert stamp souvenir sheet of six. Shown at right is an image of the paper used to wipe the printing plate during pro 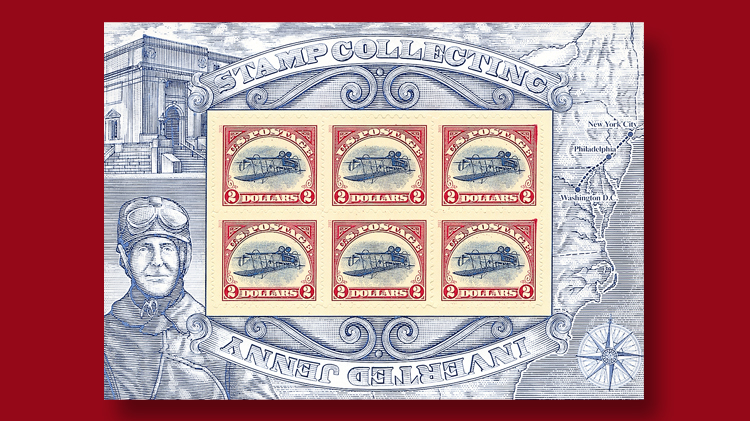 It is probably hard to believe, but it has been five years since the United States Postal Service issued the $2 Jenny Invert stamp (Scott 4806) on Sept. 22, 2013. The stamp is a tribute to the original 1918 24¢ Jenny Invert airmail (C3a), one of the world’s most famous stamp errors.

Figure 1 shows a normal pane of six of the $2 stamp with the plane inverted.

In early October 2013, shortly after the $2 stamp was issued, a collector discovered the first of the panes produced intentionally with the plane flying the correct way. After that discovery, the Postal Service revealed what it had done: It had intentionally created 100 panes of the upright variety as a marketing scheme. All of the $2 Jenny Invert stamps were sealed inside blind packaging.

As of September 2018, it is believed that of the 100 panes of six $2 stamps showing the blue Jenny biplane flying right side up, only 32 have been reported as found.

I have spent quite a bit of time researching and studying the items related to this story and wanted to share a little nugget of information about how the upright version was printed.

Figure 2 shows two screen captures of a video the U.S. Postal Service produced of the printing of the $2 Jenny Invert stamp at the Banknote Corporation of America facility when it was a partner to Sennett Security Products.

So how did the printer create the upright version? Simple. It manufactured a separate printing plate just to print the 100 upright panes.

Think about it. If you have examined any of the normal stamps, you occasionally see ink bleeding between the red and blue inks on the stamp design. That happened because both inks were applied using a single printing plate. Figure 2 shows that printing plate. Note it has the full design of the stamps and the souvenir sheet.

So to create the upright version, a separate plate with the airplane image inverted had to be created.

The second screen capture in Figure 2 shows the paper used to wipe the ink off the plate. (This paper was cut down to souvenir-sheet size and sold to collectors as part of a limited edition set). Note all of the intaglio inks used to print the stamp are present in one wipe.

I have heard time and time again from stamp printers and postal administrations that the production of an engraved stamp is expensive. So for two plates to have been created for this issue, and one to produce only 100 panes, that had to add to the cost of making the stamps.

From a stamp collector perspective, this additional information is basically a fun fact that opens a window into stamp production.

The $2 Jenny Invert stamps are still on sale, but few post offices still carry them.

If you are hunting for these stamps, talk with the supervisor who handles the stamp stock at your local post office. He or she might be able to look up the post offices that still have the stamps in stock and have some transferred to your post office.

The $2 Jenny Invert stamps were taken off sale at USPS Stamp Fulfillment Services in November 2016 as the inventory was depleted.

If you’re successful finding one of the unreported upright varieties, we look forward to hearing from you.