Responding to readers’ comments and questions about stamps 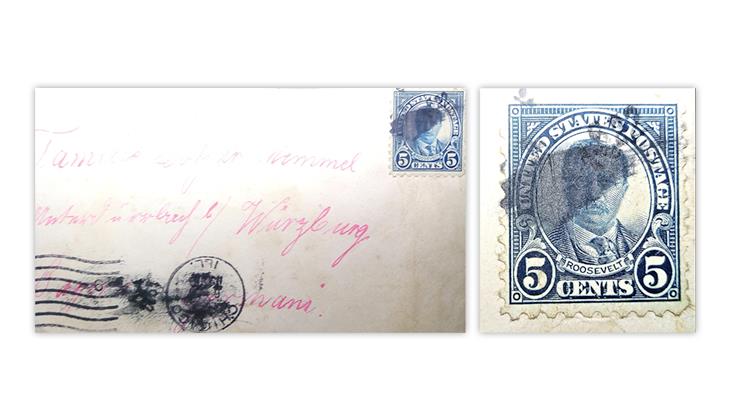 Figure 1. The 5¢ Theodore Roosevelt stamp on this cover to Germany has gauge 10 perforations at top and bottom which suggested to the owner that perhaps it was a rare error. Unfortunately he misread the Scott catalog description. 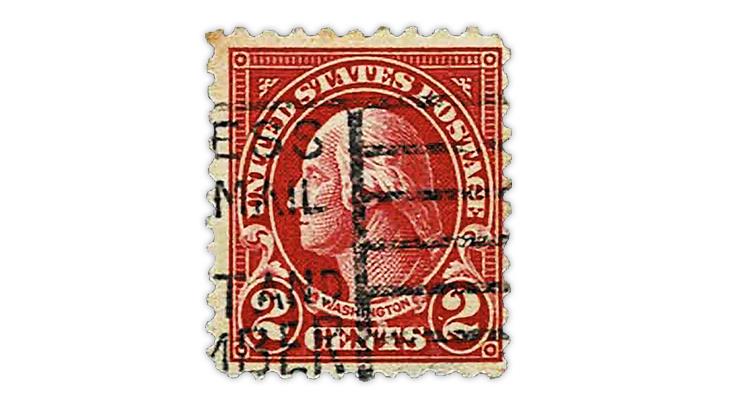 Figure 2. The genuine perf 10 top or bottom error, known on stamps produced in 1922 and 1923, is illustrated by this perf 10 top example of the 2¢ George Washington stamp. 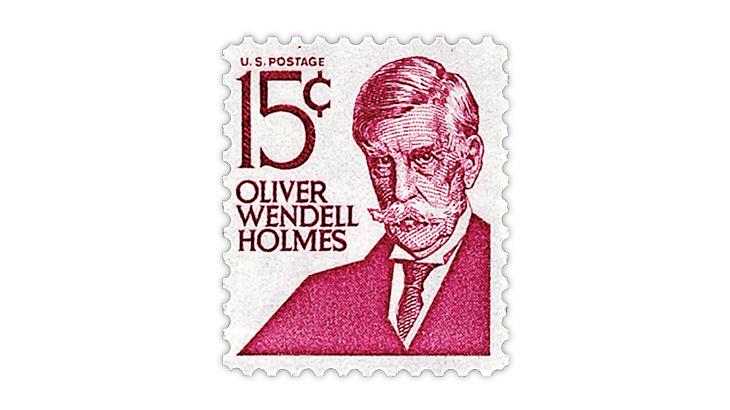 Figure 3. Could this 1968 15¢ Oliver Wendell Holmes stamp have been printed on yellow paper instead of white? Only the printer, the U.S. Bureau of Engraving and Printing, would be able to say for sure.
Previous
Next

Do you remember the introduction to the old Perry Como show on television: “Letters, we get letters, we get stacks and stacks of letters … ”?

These days, I get some letters, but I also get emails, lots and lots of emails. Mostly they are questions, but sometimes they contain commentary. I thought I would share a few from both categories in this expertizing column.

I received this commentary from reader Levin Messick of Yorba Linda, Calif.: “I get a kick out of the use of the word ‘Patient’ by expertizers. That word implies that the stamp is ill, perhaps. Actually, I think that the stamp could be more properly described as either the ‘Subject’ or perhaps as the ‘Suspect.’ I like ‘Suspect’ myself.”

The term “patient” predates my involvement in expertizing, which goes back about 35 years. It seems properly descriptive to me, because the expertizer is engaged in trying to discover whether the patient is well (genuine in all respects) or ill (some sort of fake, or genuine but flawed). This is done by means of tests and observation by experienced practitioners. And while there is no degree called “doctor of philately,” the training and experience of a first-class expertizer are equivalent.

I feel that the term “subject” is too general, and “suspect” is too pejorative, bringing to mind a police detective. “Suspect” is accurate in the sense that the expertizer approaches every item submitted for expertizing with skepticism, accumulating evidence to try to prove that the suspect is guilty of being found out. This approach is necessary because the objective of expertizing is for the item submitted to prove itself genuine in all respects, and the expertizer has to eliminate any doubt that it might be otherwise.

Whatever term you use, an expertizer is a combination of gumshoe and diagnostician, working with an inanimate object that can speak, but only to someone trained to hear. On balance, I think I will stick with “patient” for the time being.

The next email is from a collector in Germany who writes: “A few weeks ago I found in my grandfather’s stamp collection an envelope franked with an American stamp from 1925. It was the 5¢ Theodore Roosevelt with a perforation of 10 on top and bottom.

Figure 1 shows the envelope with the 5¢ Theodore Roosevelt stamp and a close-up of the stamp.

When the gentlemen mentioned the $12,000 in his email, he was likely referring to Scott 557c, the 1922 5¢ dark blue Theodore Roosevelt stamp that the Scott Specialized Catalogue of United States Stamps and Covers describes as “Perf. 10 at top or bottom.” In the 2021 Scott U.S. Specialized catalog, No. 557c is valued at $10,000 used and $18,000 on cover. Both values are in italics, indicating an item that can be challenging to value accurately.

The key word in the Scott description for this variety is “or.” The error is perforated 10 at the top or the bottom.

The error occurred because a length of old perf 10 pins was mistakenly used to repair a broken perf 11 pin wheel, causing a part of one horizontal row of perforations to be partially perforated with the wrong gauge. An example from my collection, a 2¢ George Washington stamp that is perf 10 at top, is shown in Figure 2.

The surviving examples (likely printed and sold in the 1922-23 period) are few and far between, and all are priced in the thousands of dollars.

Of course it is still possible to find these in old collections, albums, mixtures and dealer stock books. But the gentleman from Germany only got as far as measuring the top and bottom perforations on his on-cover stamp and wondered if he indeed had a valuable stamp.

Here is another question from a Linn’s reader: “I possess two copies of USA Scott 1288 (the 15¢ Oliver Wendell Holmes sheet stamp of 1968) in mint condition, but one is printed on yellow paper and the other on white. I could find no reference to this stamp having been printed on different color papers. Since my copies are mint-never hinged, it is unlikely that a white paper stamp was chemically treated to convert it to yellow, and then regummed.”

I agree we can put aside the idea that the paper was intentionally altered to yellow, and then the stamp was regummed. But there are other possibilities of the faker’s art that could alter the paper color, although it would be difficult to make that kind of change.

I begin an assessment (without seeing the yellow stamp) by observing that this is the first such report I have seen. Is that important? If this were a production variety, one would expect to have seen reports of anything so obvious earlier than 50-plus years after the stamp was issued.

This stamp was a product of the U.S. Treasury Department’s Bureau of Engraving and Printing (BEP), which printed most U.S. stamps in that era. The BEP was not above testing new papers and new ink — even new equipment — without bothering to tell the collecting community.

To the BEP, minor changes in the appearance of stamps were not a big deal so long as the final product was acceptable for use.

So if I owned this stamp and wanted to track down its bona fides, I would write to the BEP to ask if its records showed any such experimentation with this stamp. And I also would ask that whatever the answer to the first question, could someone on the current staff look at the stamp to determine whether it could be a genuine printing variety.

It is not guaranteed that anyone could because the BEP stopped printing U.S. postage stamps in 2003 when it lost the Postal Service contract. It wasn’t that the BEP was doing a bad job, rather that moving the printing of U.S. stamps to the private sector resulted in lower prices.

Now, 17 years later, no one on staff at the BEP would have much recollection of stamp printing issues, let alone what might have occurred in 1968.

So what can we conclude? Because prolonged exposure to sunlight or intense artificial light can alter the whiteness of the paper (without affecting the gum), my working theory would be that the stamp in question would likely be altered. But an authoritative answer confirming authenticity could only come from the printer of the stamp.

The most an expertizer could say, if he or she cannot conclude the stamp has been altered, is that the paper color is unexplainable; in which case, an opinion would be declined.