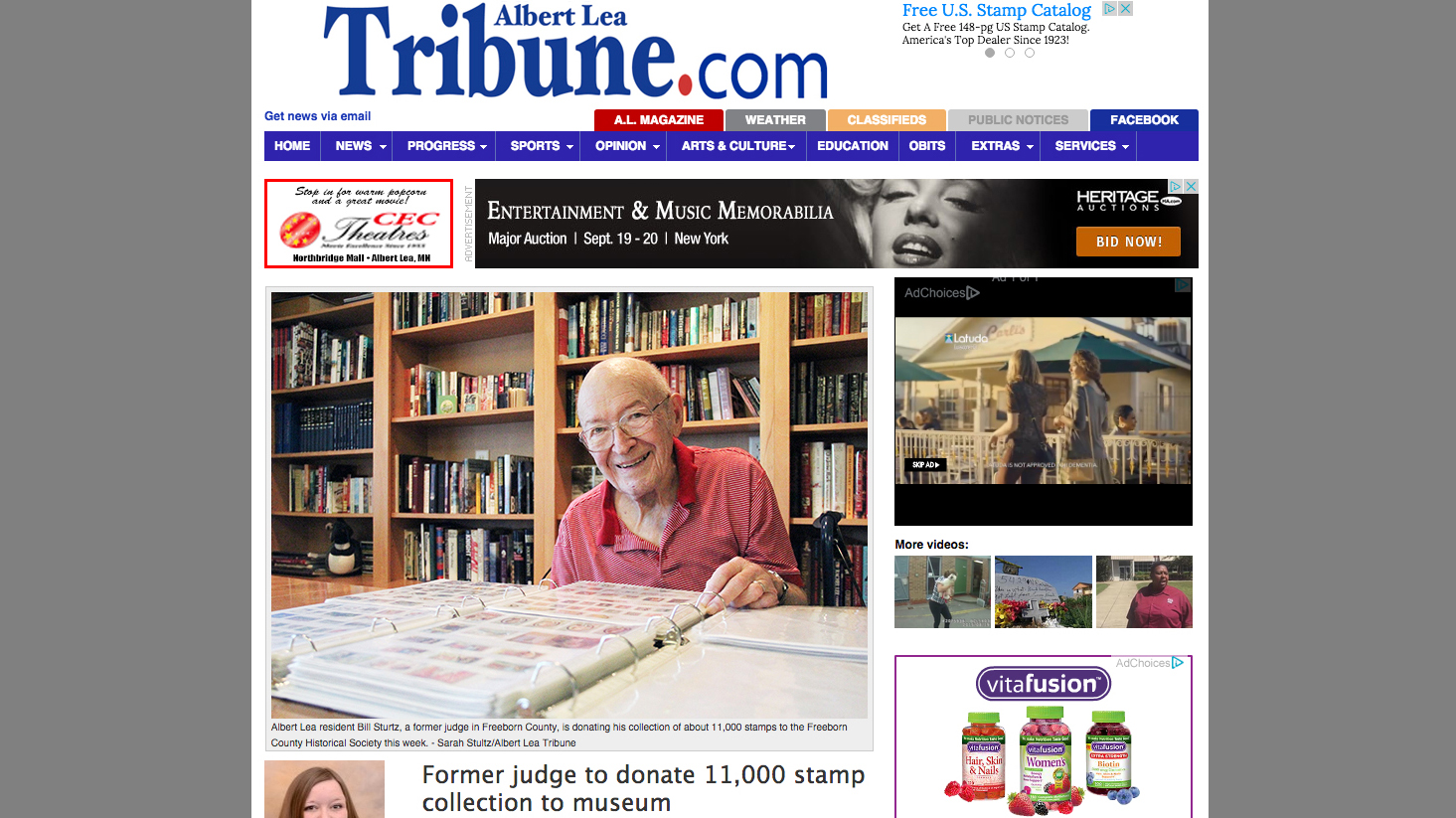 Here's a quick look at what's happening in the world of stamp collecting:

Former judge and current Albert Lea, Minn., resident Bill Sturtz has been a philatelist for decades and has accrued a wide-ranging world stamp collection during that time, according to the Albert Lea Tribune.

"Now, after about 80 years of collecting, Sturtz this week is donating his collection to the Freeborn County Historical Society," the Tribune report reads. "The collection, organized by country into four binders, contains about 11,000 stamps from more than 300 countries. Some purchased in the last year."

"An impressive range of elusive errors and varieties from the Canal Zone, the onetime United States territory surrounding the Panama Canal, will be offered by the firm of Daniel F. Kelleher at its offices in Danbury, Conn. on Sept. 9."