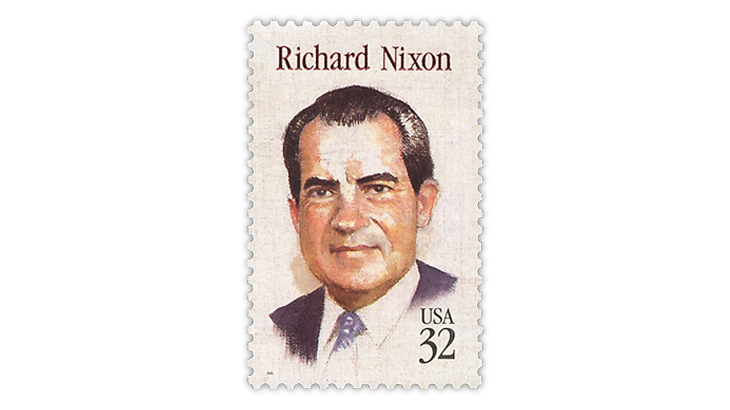 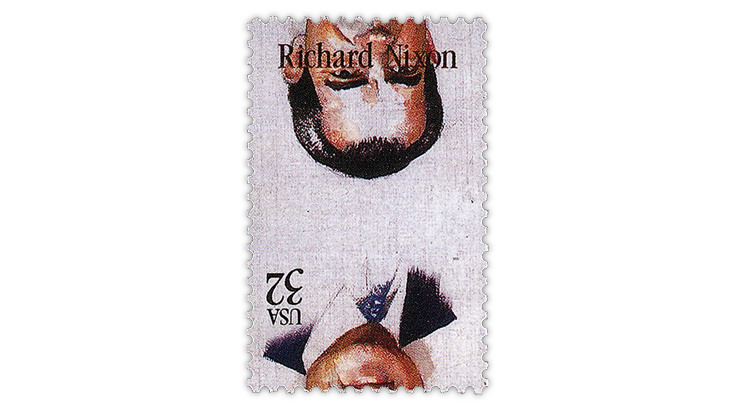 Figure 2. This 1995 32¢ Richard M. Nixon stamp with his name inverted is an example of printer’s waste, meaning a flawed product stolen by an employee of the stamp printing plant. This image is from the 17th edition of the Scott Catalogue of Errors on U.S
Previous
Next

On April 26, 1995, the U.S. Postal Service issued the customary stamp marking the passing of a past president for Richard M. Nixon, shown in Figure 1. Inverts exist of this 32¢ stamp (Scott 2955), but they are printer’s waste.

The Scott Specialized Catalogue of United States Stamps and Covers notes their existence with the listing for the stamp: “No. 2955 is known with red (engr. ‘Richard Nixon’) inverted, and with red engr. omitted but only half the Nixon portrait present, both from printer’s waste.”

The example shown in Figure 2 is from the Scott Catalogue of Errors on U.S. Postage Stamps, 17th edition, published by Amos Media in 2019.

That catalog provides additional detail: “Examples of the 32c Nixon stamp with the lithographed portion of its design (Nixon’s bust and the denomination) inverted in relation to the engraved (Richard Nixon) legend found their way onto the marketplace in 1996, having been stolen by an employee of one of the [private sector] printing plants. The employee was subsequently arrested, tried and convicted of theft of government property. The Postal Service ordered all ‘inverts’ seized; however, one or two examples are not accounted for.”

This is not to say that printer’s waste is not collectible, only that there is a shadow on it that routinely means prices are not what they might be for the same item if it had been sold over a post office counter.

Is this 1979 Christmas stamp an error or printer's waste?