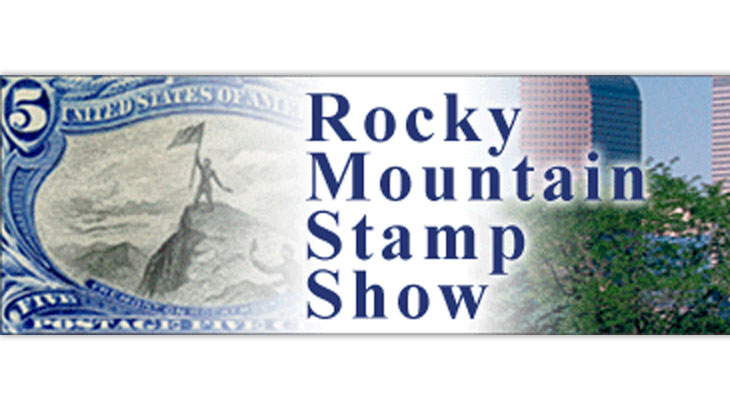 The Rocky Mountain Stamp Show will take place May 24-26 in Denver, Colo.

Admission is $5 for a three-day pass or $2 for daily admission. Youth may attend free when accompanied by an adult. New collectors, noncollectors and experienced philatelists are welcome. Show hours are 10 a.m. to 6 p.m. Friday and Saturday, and 10 a.m. to 3 p.m. Sunday.

At least 30 dealers and the United States Postal Service are expected to have booths.

The convening societies are the International Society of Guatemala Collectors, the Mexico-Elmhurst Philatelic Society International, the Nicaragua Study Group and the Peru Philatelic Study Circle. The societies will offer presentations open to the public before and throughout the show.

On Thursday, May 23, the day before the show’s official start, the Nicaragua Study Group will sponsor a series of talks on Latin America. Open to the public, the seminar will run from 9:30 a.m. to 6:30 p.m. with a lunch break.

The George Brett Cup, which honors an exhibit of 20th-century material, will be awarded by the American Association of Philatelic Exhibitors. This is the third year for the prize to be presented at the Rocky Mountain show. To qualify, an exhibit must have earned a grand or reserve grand award at a stamp show during the previous year.

The Rocky Mountain Stamp Show is a World Series of Philately show. The grand-award winner will be eligible to compete at the American Philatelic Society’s Stampshow Aug. 1-4 in Omaha, Neb.

The American Association of Philatelic Exhibitors will host an exhibiting seminar on Saturday at 2 p.m., followed by the exhibit critique at 4 p.m. That evening, the awards dinner will be held following a cocktail hour.

Other philatelic organizations meeting at the show include the Postmark Collectors Club and the Colorado Postal History Society.

Each day, the show committee will host a “What’s in Your Attic?” table, where collectors will provide free evaluations of stamp collections. It’s an opportunity for those who have inherited collections and others to learn about their holdings and philatelic terminology in a friendly environment.

The 25th Rocky Mountain Philatelic Library auction will run throughout the weekend, concluding on Sunday.

The host hotel is offering a special room rate ranging $106 to $116 per night depending on whether breakfast is selected.

For more information on the Rocky Mountain Stamp Show, visit the website online at www.rockymountainstampshow.com.