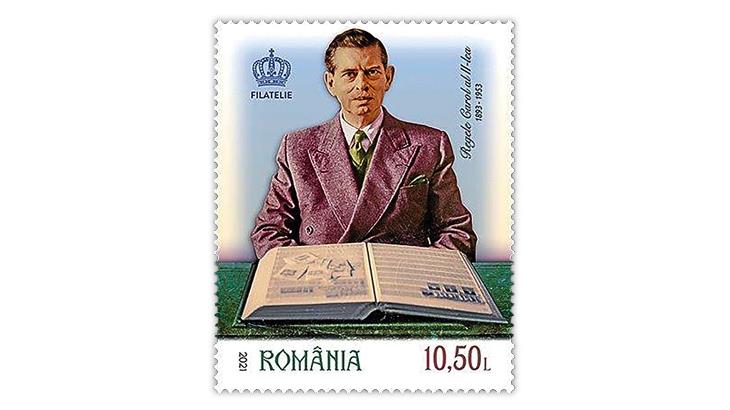 Romania honors its stamp-collecting king, Carol II, on this stamp in a new series that focuses on the hobbies of Romanian royalty. 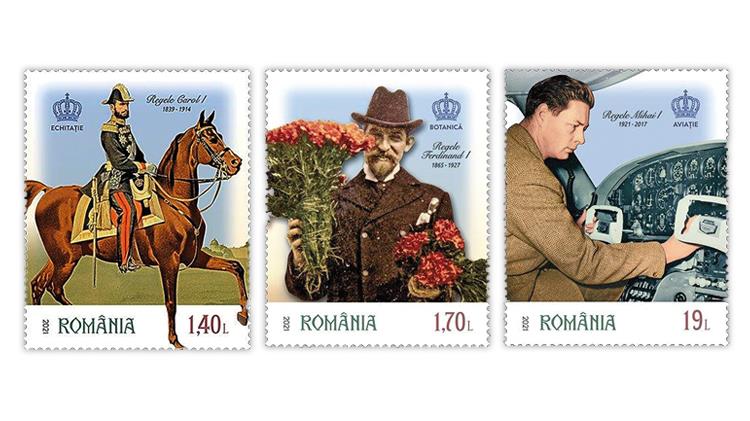 The other stamps in this Jan. 22 issue from Romania show King Carol I on horseback; Ferdinand I with flowers, representing his interest in botany; and Michael I piloting a plane.
Previous
Next

A new stamp from Romania illustrates the saying that stamp collecting is “the king of hobbies and the hobby of kings.”

This 10.50-leu stamp picturing King Carol II with his stamp collection was issued Jan. 22, part of a new series highlighting the hobbies of Romanian kings.

The new-issue announcement from Romania’s philatelic bureau, Romfilatelia, called Carol II (1893-1953) “a controversial sovereign,” but added that he was known “for his qualities, those of a man interested in the great culture that he systematically sponsored through the prestigious institution of the Royal Foundations.”

However the king’s greatest concern was philately, according to Romfilatelia, which pointed out that he is remembered as one of the “most important collectors in the world, both by the theme of the stamps and by the rarity of the philatelic pieces.”

The rarest of these rarities was the unique Sweden Treskilling Yellow, the 3-skilling stamp of the 1855 Coat of Arms design erroneously printed in yellow orange instead of blue green (Scott 1a).

The three other stamps in the new set, called “The Passions of the King of Romania,” feature King Carol I’s interest in horseback riding (1.40 lei); Ferdinand I’s love of botany (1.70 lei); and the piloting skills of Romania’s last king, Michael I (19 lei).

The stamps were printed in separate sheets of 20, separate panes of five stamps and a label, and a souvenir sheet with the four different stamps and se-tenant labels.