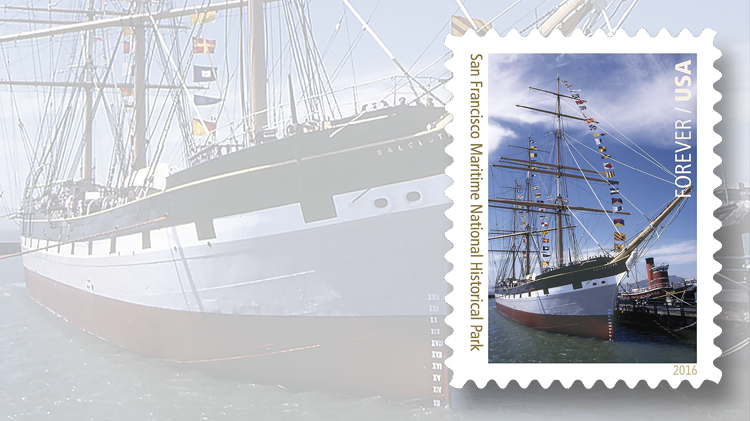 Two ships from the park fleet are featured on a forever stamp to honor San Francisco Maritime National Historical Park in California. The stamp is part of a set to be issued June 2.

The stamp set, commemorating the centenary of the National Park Service, is scheduled to go on sale June 2 during World Stamp Show-NY 2016 at the Javits Center in New York City.

The 16 subjects in the set have been revealed one-by-one beginning April 4. The new design is the 14th subject to be unveiled.

The stamp design uses a section of a photograph by Tim Campbell of San Francisco that pictures the 1886 301-foot square-rigger Balcutha in the foreground and the 1907 151-foot steam tugboat Hercules nearby in the background.