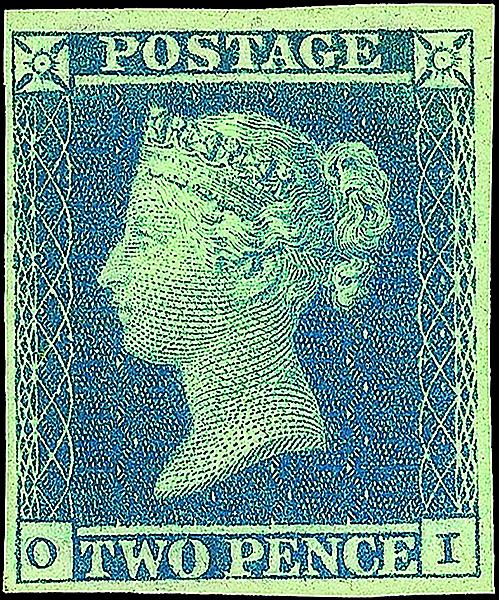 The Dauers, who live in Florida, assembled their collection with the help of Sonny Hagendorf of Columbian Stamp Co. Their British North America collection was offered in January (see Linn’s, March 17).

A scarce shade of the Two-Penny Blue stamp of 1841, the violet-blue on lavender-tinted paper (Scott 4c), was represented by an exceptionally fresh, wide-margined unused example with large part original gum. It fetched the equivalent of $36,500, including Spink’s 20 percent buyer’s premium.

An impressive run of scarce Official overprints included many of the elusive pound values.

British Official stamps have gained in popularity recently since the Stanley Gibbons catalog rescued them from their back-of-the-book relegation. They are now listed right after the regular stamps of their respective reigns.

A well-centered, unused 1890 £1 brown with the three-orbs watermark, overprinted “I.R. Official” for use on Internal Revenue mail (Scott O13), was mostly free of the faults that often plague these oversized stamps. It brought $91,000.