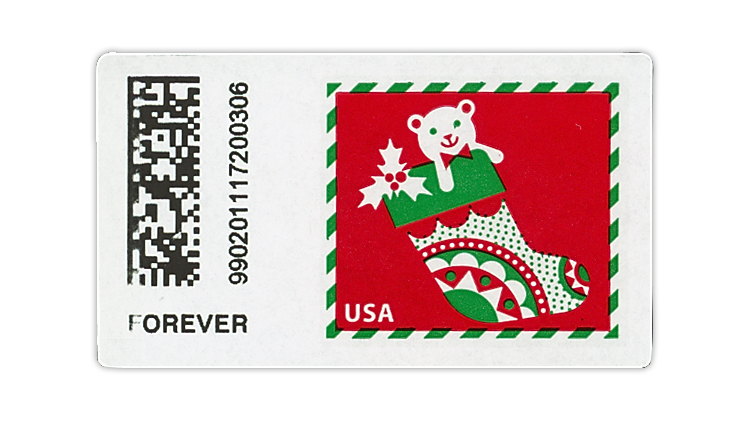 The Scott catalog editors assigned No. CVP110 to the U.S. computer-vended postage stamp picturing a Christmas Stocking that was issued Nov. 16, 2020.

All of the numbers will appear in the Scott New Listings Update section of the Jan. 18 Linn’s Stamp News. For further information, contact Martin J. Frankevicz.