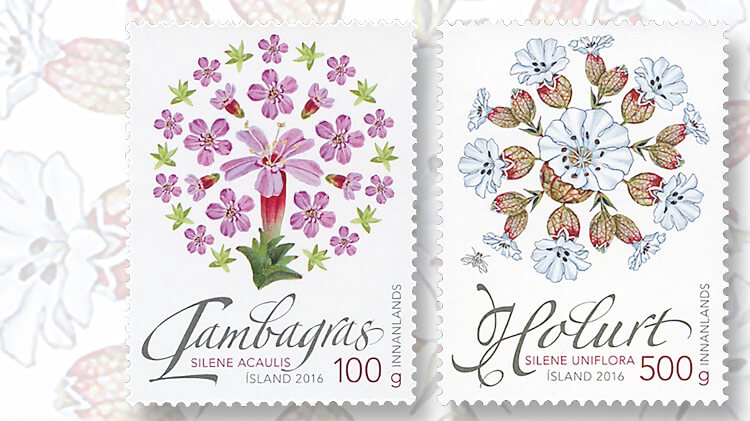 Time flies when you are having fun. It’s hard to believe that it’s been almost eight years since I described my job as new-issues editor in “A Vicious Cycle: how new-issue stamps find their way into the Scott Update,” published in the June 2008 edition of Scott Stamp Monthly. Recent messages from collectors indicate that perhaps it is time to revisit the process.

In the eight years since that article appeared, some details I wrote about have changed significantly, while others remain the same.

The basic process that I described remains pretty much as I described it eight years ago. We do not list stamps based on press release information before they actually are issued. In order for a stamp to be listed, we need the actual stamp and some basic information about it. We receive stamps from the 250 or so stamp-issuing entities from new-issue dealers, postal administrations, agents, and collectors. Whatever we don’t get, I try to hunt down as quickly as possible.

When we receive packages of stamps from dealers, postal administrations and agents, the stamps are sorted, measured and put into glassine envelopes by the editorial assistant to the entire Scott and Linn’s staff. The assistant then puts the glassines into our country files to await listing. Our editorial assistant also helps organize the stamps for scanning, which occurs after the monthly deadline, and these are only the tasks that are done for processing new issues.

The listing of all new stamps is done by me, and me alone. My goal is to list on average at least 1,000 different stamps every month. When a new volume of the Scott Standard Postage Stamp Catalogue is published, it is my goal to make sure that all of the countries in it that are currently issuing stamps have another full year’s worth of stamps added to the listings. It is also my goal to make sure that each monthly Scott New Listings Update is as chock full of listings as production time will allow. And month after month, year after year for the past 16 years I have done that.

The countries that I process each month are largely determined by the catalog production cycle. For six straight months, the Scott Standard catalogs are produced, meaning that there are six months when it is the last chance to list stamps for a particular volume. The March update, in this edition, is the last chance to get the countries in Volume 2 listed so they can appear in the 2017 edition, which will be on sale in early May 2016. As such, 10 of the pages in the March Update cover Volume 2 countries and another seven pages cover Volume 3 countries, which have a final deadline in the April update.

When the six-month cycle of last-chance months is complete, the cycle just starts again. After all of Volume 6 has been processed for the July update, the folders for Volume 1 countries will be rather full. The August update usually is full of all of those Volume 1 stamps that had been sitting in the folders awaiting listing for up to six months.

In a given month, there are usually 21 or 22 work days. This month does not account for any paid holidays, vacation days or travel to stamp shows. For about six of the days, I handle various tasks not related to the production of listings. These include the various tasks involved in completing, producing and editing the final copy for the update, By Topic and Stamp Cost Charts, answering mail, and writing occasional articles such as this one. That leaves about 15 production days to list stamps. Eleven to 12 days are usually taken up by the countries that are next in the monthly cycle, leaving only four days to list stamps from only a few of the other 200 stamp-issuing entities. We try to have some stamps listed from each volume every month, even if it is only a few.

My deadlines are generally much the same as they have been for quite some time. I usually am finishing up the month I am working on the second Friday of the month. As I write this on March 1, my deadline for the April update is March 11.

So what has changed since the article about compiling new issue appeared in 2008? There’s plenty.

For starters, I have been given more tasks. Now I am responsible for merging the new-issue listings into the general catalog listings in our computer. That used to be handled by Scott associate editor Bill Jones, who retired a few years ago. This task usually takes about half a day.

I have also been given more research tasks, often coming from customer comments. Some are quick to research; others can be rather time consuming. I’ve always been amazed at the collectors who bring up one specific issue, and when you do the research, it makes you realize they are only talking about the tip of an iceberg.

Editorial assistant Eric Wiessinger processes and sorts through the stacks of new issues we receive, measures images and files the stamps in folders. After the update copy is written, he organizes the stamps for scanning. He is also responsible for doing so many other tasks that keep things running smoothly for everyone here, including laying out the advertisements in the new catalogs and coaxing and conjuring the finished pages from the computer. It’s a task far more complex than just hitting a “print” button. Eric works closely with Stacey Mahan, our image coordinator. Stacey makes sure that that the right stamp image goes in the right place in the catalog and in the updates.

Obtaining stamps can still be challenging for some countries. In the many years that I have done this job, stamps do not always arrive in the order that they were issued. An item that one would think might be easy to obtain from a dealer might have sold out quickly. It’s not always that easy for new-issue dealers to restock items. Some less-popular countries can just fall off the radar screens of dealers for no apparent reason.

Every so often we encounter hiccups in obtaining stamps from dealers or postal administrations, but each requires me to take the time to untangle the situation. I realize that some of the people we deal with at postal administrations are not native English speakers. I try to communicate things as simply as possible.

When it comes to obtaining information about stamps, there is a new wrinkle that wasn’t there eight years ago. Some countries have actually gone away from using websites to let people know about their new stamps, and have gone to social media sites, which make them much harder to keep track of.

When I first started as new-issues editor in late 1999, it really was possible to cycle through the countries at least twice in one year. But it has become impossible to complete a second cycle. Countries that I tried to list at least twice a year, if not more often, are sometimes reviewed only once a year.

I don’t get to review some popular countries as often as I once did because it takes so long to review other countries that take up an increasing amount of time to review, process and list. Countries such as France, Great Britain, People’s Republic of China, and Japan require a much longer time to list than most other countries. Aside from the large number of stamps these countries issue, there are items from those countries that need to be examined carefully, require footnotes, or must be researched beyond what is usual.

All of that slows the pace of progress. And it is exceptionally frustrating to hunt through reams of release information that a postal administration sends, only to find that it doesn’t tell you what you really need to know — for example, what the selling price was of their nondenominated stamp, or what the date of issue was.

The United States and Canada are listed every month. We get those stamps rather quickly and get very good information on them. The United States listings (which include the United Nations stamps, because the listings are specialized in the update) are more complex to create in our computer than other countries, because we are compiling listings for the monthly update, Volume 1 of the Scott Standard catalog and the Scott Specialized Catalogue of United States Stamps and Covers at once.

Usually the United States and United Nations listings are done in the last few days of the monthly production cycle, but there have been times when creating other listings took up so much time where we had to put off listing United Nations for a while.

Whenever collectors alert us to stamps we have not listed, we try to ascertain if that really is the case. We know collectors are not always subscribers to Linn’s, where they can see the monthly updates, and they might not have the most up-to-date edition of the catalog on their desk.

When we are sure that a collector has an item we need to list, we ask to borrow it. We do our best to process them rapidly so we can return them as quickly as possible.

We thank you collectors — our loyal customers — for regularly helping us find the stray bits and pieces that make up the catalog. In many ways, working on the catalog is like working on an ever-expanding gazillion-piece jigsaw puzzle. Some parts of that puzzle, for whatever reason, sometimes do not materialize as quickly as you or I might hope.

All we can try to do is be methodical about the approach, focus on the goals we have, and try not to get too bent out of shape over the frustrating things. After 16 years of doing this job, I still really enjoy it.