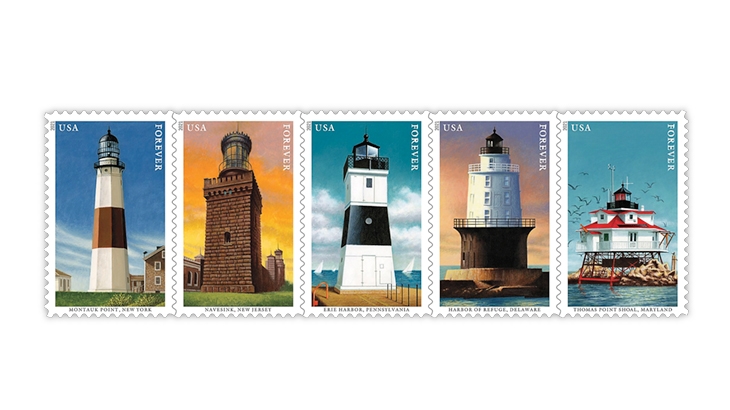 Included in this month’s listings are Scott numbers for the five nondenominated (55¢) Mid-Atlantic Lighthouses stamps issued Aug. 6 in Highlands, N.J., and the eight nondenominated (55¢) Backyard Games stamps issued Aug. 11 at the Great American Stamp Show in Rosemont, Ill. Minor-number listings are also provided for the imperforate varieties of these two issues from no-die-cut press sheets.

All of the numbers will appear in the Scott New Listings Update section of the Oct. 18 Linn’s Stamp News. For further information, contact Martin J. Frankevicz.