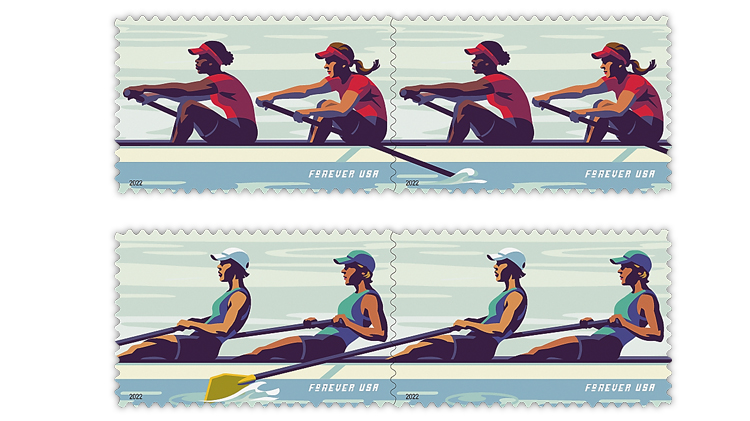 Included in this month’s listings are Scott numbers for the four nondenominated (58¢) Women’s Rowing stamps issued May 13 at the Philadelphia Girls’ Rowing Club in Philadelphia, Pa., and the 10 nondenominated (58¢) Mighty Mississippi stamps that debuted May 23 at Beale Street Landing in Memphis, Tenn. The corresponding imperforate stamps from uncut press sheets without die cuts for each of these issues are also Scott official.

All of the numbers will appear in the Scott New Listings Update section of the July 18 Linn’s Stamp News. For further information, contact Martin J. Frankevicz.