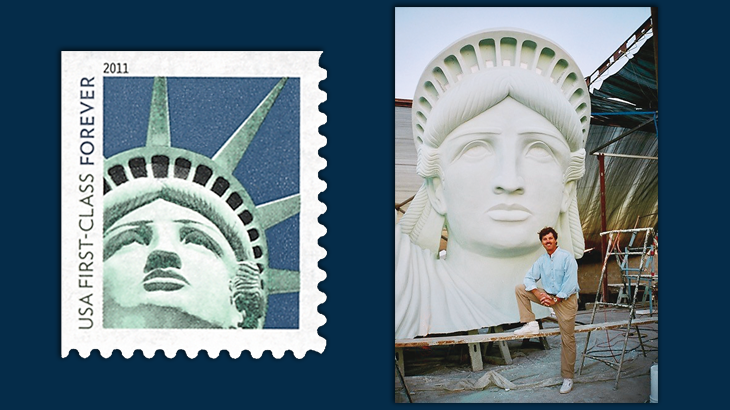 The July 30 issue of Linn’s Stamp News just landed on the presses and goes in the mail to subscribers Monday, July 16. And if you subscribe to Linn’s digital edition, you’re at the head of the line with early access Saturday, July 14. Here are three stories you'll want to check out.

The sculptor behind the $3.6 million settlement

Washington correspondent Bill McAllister talks with Robert S. Davidson, the Nevada sculptor who is in line to get the most money for artwork on a United States postage stamp. The artist said what he really wanted was recognition for his sculpture — not money.

The Provisional Government of Western Thrace was short-lived, lasting a little more than two months in 1913. In this issue, Rick Miller takes a look at the stamps issued for the short-term entity at the conclusion of the Second Balkan War.

A third mix from “dad’s accumulation”

In April, Lakeas (Lake Associates, Michigan) ran another ad selling oldies from dad’s accumulation. E. Rawolik VI previously reviewed two similar offers from Lakeas in 2016 and decided to purchase a third mix. As before, the seller was indicating that the cost-to-value ratio would be 8 percent. Does dad’s collection still have some goodies left in it?