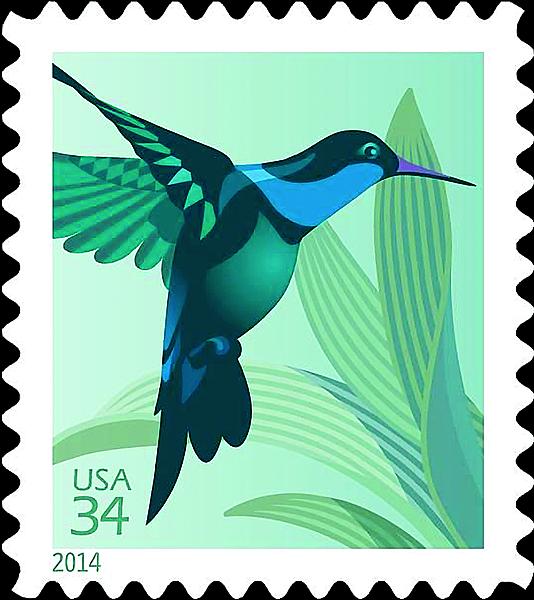 Just months after its Feb. 7 issue date, the United States 34¢ Hummingbird coil stamp (Scott 4858) has been found with a new plate number of P22222.

U.S. Postal Service spokesman Mark Saunders told Linn’s that the new number was assigned because a new “face stock” was used to print the stamp.

“Both these face stocks are USPS approved; however, they are different,” Saunders said. “One sheet does have some optical brighteners in the fiber composition. While this does affect the visual appearance of the taggant under UV lighting, the phosphor signal on both perform to USPS specifications.”

He emphasized that the same phosphor taggant was applied to the stamps with the P11111 plate number and those with the P22222 number.

The die cuts and design of the new stamps are identical to those from the earlier printing.

Linn’s observation of the two stamps under ultraviolet light shows the P11111 issue glowing green and the P22222 variety with an almost white glow.

Scott catalog editors plan to include a footnote with the listing for the Hummingbird coil stamp. It will not receive a minor letter listing because the tagging type is not different.

The new plate number will likely start turning up at post offices nationwide after supplies of the old number are drawn down. It appears the first wave of stamps — those from the first printing — was sent largely to post offices.