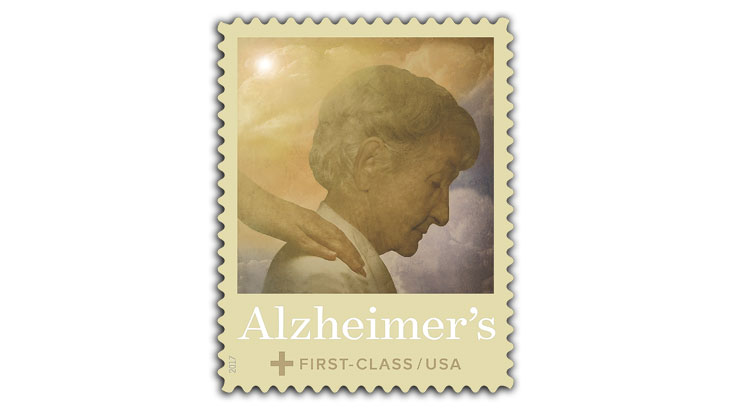 The United States Postal Service announced a large part of its 2019 stamp program on Nov. 20. The story about the stamp subjects can be found on page 1 of the Dec. 10 issue.

Collectors will likely be quick to point out that a stamp for the 50th anniversary of the moon landing wasn’t part of the announcement. I have no insider knowledge, but would be willing to guess a stamp will be issued in 2019 commemorating that event.

Another stamp that was not included in the announcement is the Post-Traumatic Stress Disorder (PTSD) semipostal stamp. I would guess that this stamp will be announced separately, too.

A report that the Save Vanishing Species semipostal stamp is slated to go off sale for the second time also appears in the Dec. 10th issue of Linn’s (page 15). Of the 100 million stamps produced, nearly half have been sold.

While researching information about U.S. semipostal for this report, we discovered sales numbers for the Alzheimer’s semipostal stamp issued Nov. 30, 2017. Only 4.8 million of the 500 million stamps produced had been sold as of October 2018. If the stamp is to remain on sale at post offices only until the end of calendar year 2019, no doubt a significant part of that stamp printing will be destroyed.

That is, unless congressional intervention forces the Postal Service to keep any of its semipostal stamps on sale past the scheduled sale period. Only time will tell, and we will continue to track the story.