Looking to shake up your collection? Sanitary fair stamps will do just that 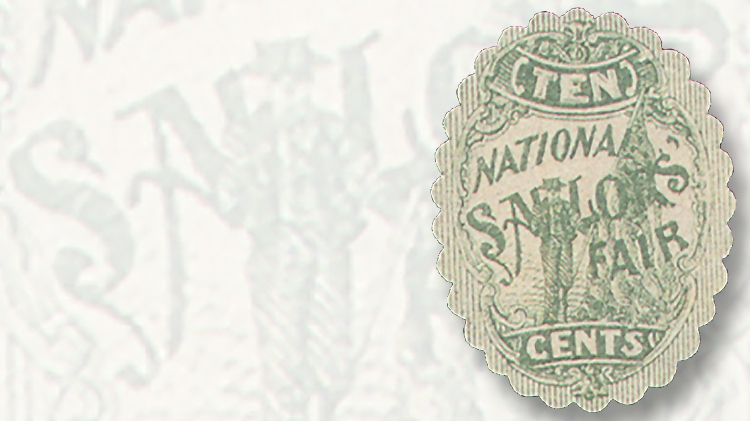 Are you looking for something different to add a little spice and variety to your collection? Check out sanitary fair stamps.

Combat was just one of the hazards to life and health in the Civil War. It has been estimated that for every three soldiers killed in combat, five more died of disease.

Recognizing the severity of the problem, on June 18, 1861, the U.S. Congress established the United States Sanitary Commission to help care for sick and wounded Union soldiers. During the war, it raised an estimated $25 million for that purpose.

One method of raising funds was for northern cities to hold sanitary fairs. Eight of these sanitary fairs issued stamps. Quoting from the 2017 Scott Specialized Catalogue of United States Stamps and Covers: “Sanitary fair stamps occupy a position midway between United States semi-official carrier stamps and the private local posts. Although sanitary fair stamps were not valid for U. S. postal service, they were prepared for, sold and used by the fair post offices, usually with the approval and participation of the local postmaster.”

The die-cut, lithographed stamp was issued and used Nov. 9-22, 1864, at the Boston fair. We think this stamp appeals both from its unusual purpose, a sailors’ fair, and its oval shape.

The Scott U.S. Specialized catalog values the stamp in unused original gum condition at $350. This is not an easy stamp to find, and that is a good price for one without flaws or damage.