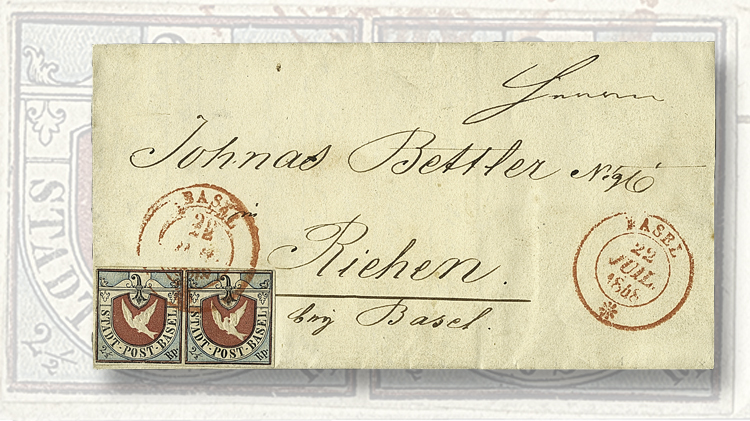 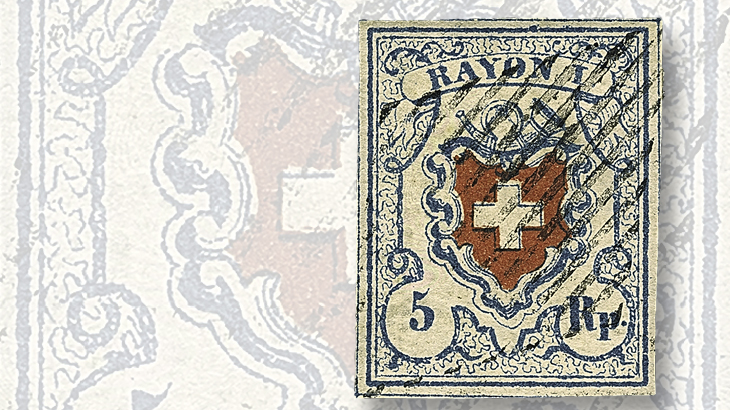 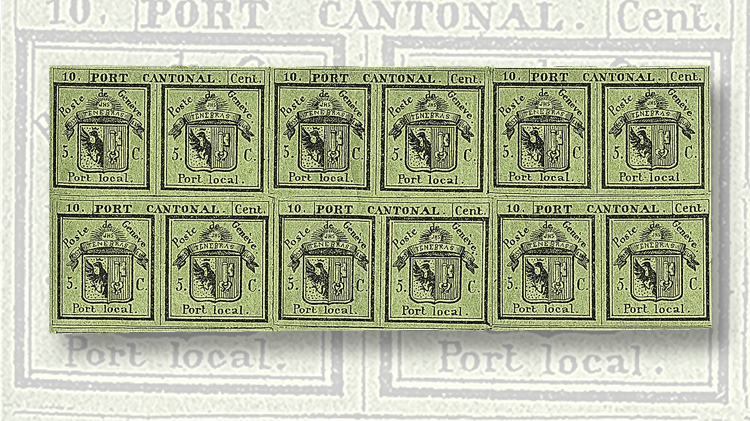 One of the rarest and most important philatelic items in the world is this mint block of six of the 1843 10-centime black-on-yellow green Double Geneva stamp from the Swiss canton of Geneva. When last sold as an individual lot in 1964, the block brought t
Previous
Next