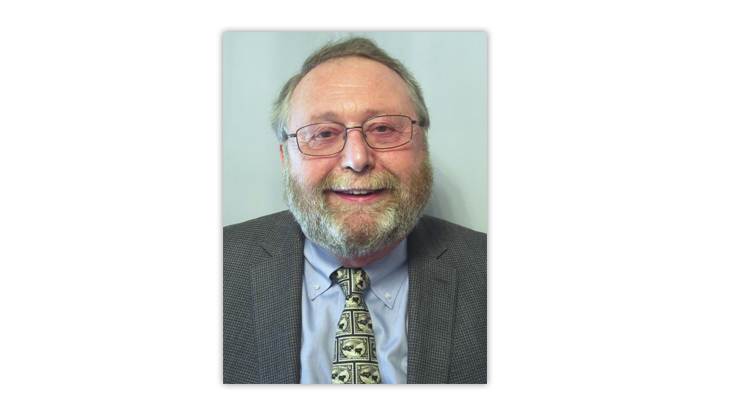 Dale E. Smith, the immediate past president of the American Topical Association, has been selected to receive the association’s highest recognition, the Distinguished Topical Philatelist award, on Aug. 14.

The American Topical Association announced May 4 that Dale E. Smith has been selected to receive the Distinguished Topical Philatelist award.

This award, the highest presented by the association, is given each year to an individual who has provided outstanding service to philately and especially topical philately.

In addition to his many ATA projects, he is membership secretary of the Gladstone Stamp Club and is active in the Midwest Philatelic Society. He is a member of six ATA affiliated study units and three ATA affiliated chapters.

“Herbert Hoover said, ‘It is amazing what you can accomplish if you do not care who gets the credit,’” ATA president Dawn Hamman said. “That sums up Dale’s incredible contribution to ATA, philately and many other worthy causes in a nutshell. He operates under the radar. He does not seek recognition, and, in fact, gives it to others.”

During Smith’s tenure as ATA president, he invigorated fundraising and was able to secure the organization’s future with financial leadership and by adding to financial reserves.

In 2019 he was part of the team that organized and implemented the move of the ATA office from Illinois to South Carolina.

Smith’s topical collecting interests are wide-ranging, from stamps on stamps to HIV/AIDS on stamps. Since 2002, Smith and his wife, Andrea, have had a topical stamp dealership, Stamp Smith.

Smith is scheduled to receive the award Aug. 14 at the Great American Stamp Show, which is to be held Aug. 12-15 in Rosemont, Ill., a suburb of Chicago.