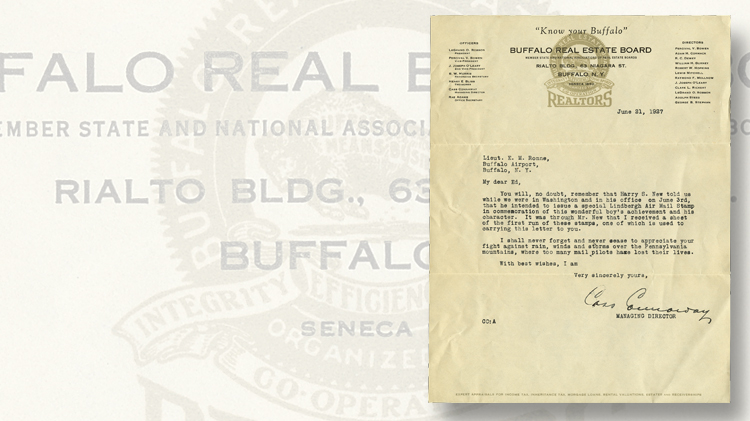 The letter that was inside the airmail envelope. 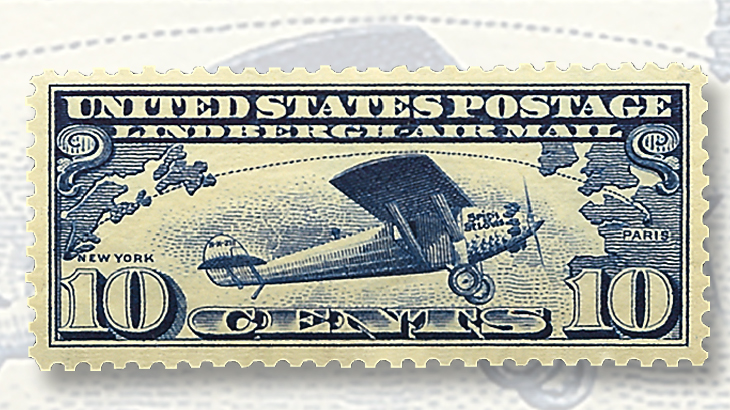 Based on the size of the cutout on the envelope and the contents of the letter, the missing stamp was the 1927 10¢ Lindbergh airmail. 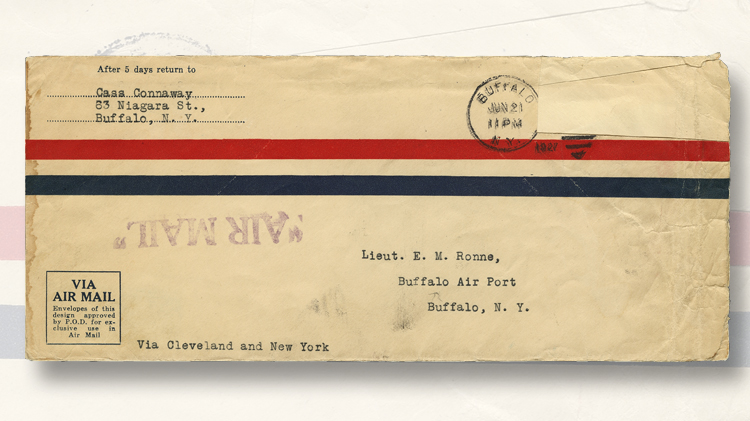 Somebody cut the stamp off this June 1927 Buffalo-to-Buffalo airmail cover, and it looks like the envelope ought to go to the dustbin. However, the letter inside marks it as a cover with historical significance.
Previous
Next

What good is a cover with the stamp cut out?

The example illustrated here is not all that attractive, but it is historically significant, as noted in the enclosed June 21, 1927, letter to pioneer airmail pilot Lt. E. M. Ronne:

The letter reads: “My dear Ed, You will no doubt remember that [Postmaster General] Harry S. New told us while we were in Washington and in his office on June 3rd, that he intended to issue a special Lindbergh Air Mail Stamp in commemoration of the wonderful boy’s achievement and his character.

“It was through Mr. New that I received a sheet of the first run of these stamps, one of which is used to carrying (sic.) this letter to you.

“I shall never forget and never cease to appreciate your fight against rain, winds and storms over the Pennsylvania mountains, where too many mail pilots have lost their lives.”

The letter is signed by Cass Connoway, managing director of the Real Estate Board of Buffalo, N.Y.

Based on the size of the cutout on the envelope, it would seem that the missing stamp is indeed the 10¢ Lindbergh airmail commemorative that had been issued June 18, 1927.

The cover was sent from and is addressed to Buffalo, N.Y., but according to the note at lower left, it was sent by airmail “Via Cleveland and New York”.

The cover is shown here courtesy of airmail collector A. Don Jones.