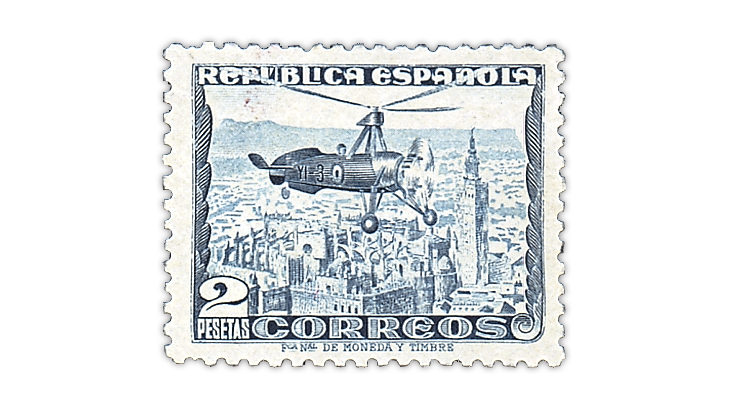 The autogiro, which bears a superficial resemblance to a helicopter, was invented by Spanish aviation pioneer Juan de la Cierva. The first successful flight was made in January 1923.

Autogiros have an unpowered rotary wing mounted on a mast above the fuselage. Power is supplied by a fuselage-mounted engine and propeller. As the engine pulls or pushes the aircraft forward, air is forced upward through the rotary wing, providing lift.

La Cierva began developing the autogiro after a prototype bomber that he designed stalled and crashed during trials. This led him to seek an aircraft design that could fly at very low speeds without stalling.

Once airborne, because the rotary wing will continue to autogyrate as long as the aircraft retains some forward motion, autogiros can often land safely even if the engine quits. Because of this, la Cierva and other autogiro proponents have claimed they are the safest type of aircraft to operate.

Ironically, la Cierva was killed in the crash of a conventional KLM DC2 passenger plane after takeoff from Croydon Airfield in Croydon, England, on Dec. 9, 1936.

In addition, the re-engraved dark blue stamp (C72B) exists with private gauge 14 perforations, which are noted and valued but not listed in the Scott Classic Specialized Catalogue of Stamps and Covers 1840-1940.

The stamps and varieties are a good buy at or near the Scott catalog value.