A bouquet of spring and summer flowers bloom on recent stamps 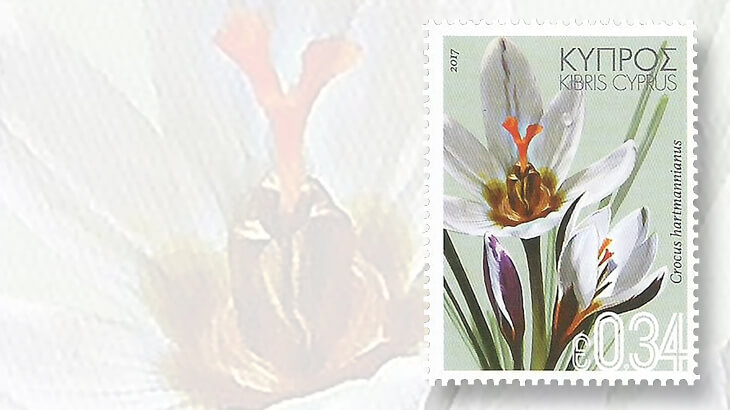 One of the four stamps in the Wild Flowers of Cyprus set issued Feb. 16 pictures Crocus hartmannianus, which blooms as early as January. 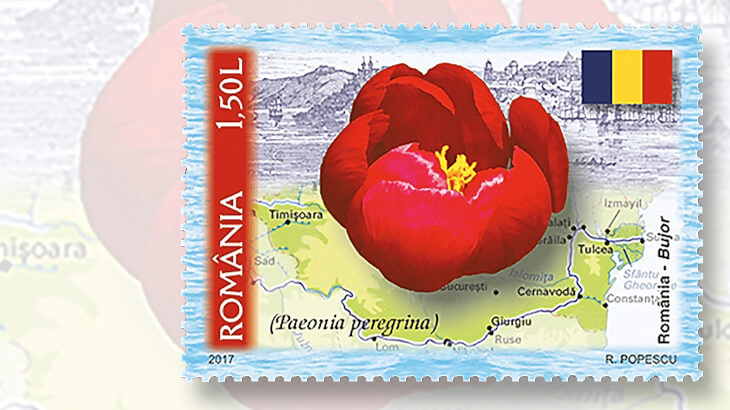 A recent set of stamps from Romania features flowers as national symbols. The designs also include maps, flags, and a view of the country. 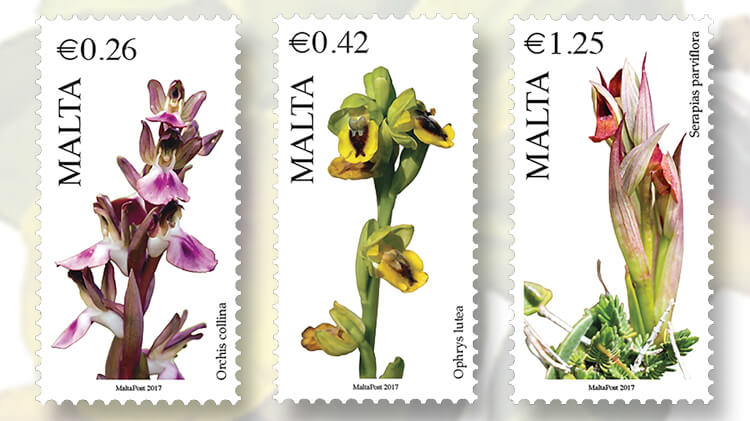 Orchids are shown on new stamps in the Maltese Flora series. From left to right, they are the fan-lipped, the yellow bee and the small-flowered tongue orchid. 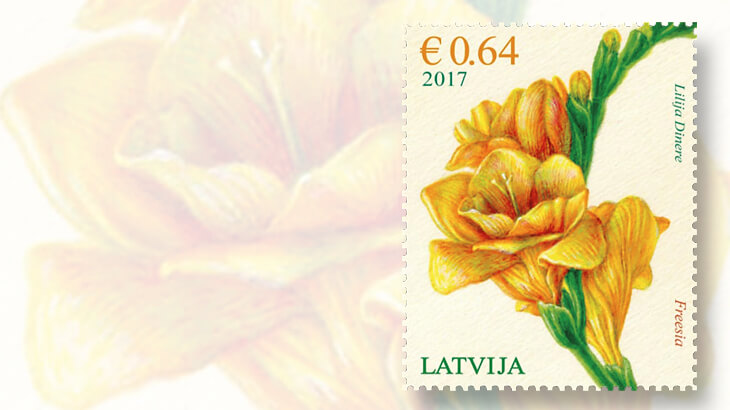 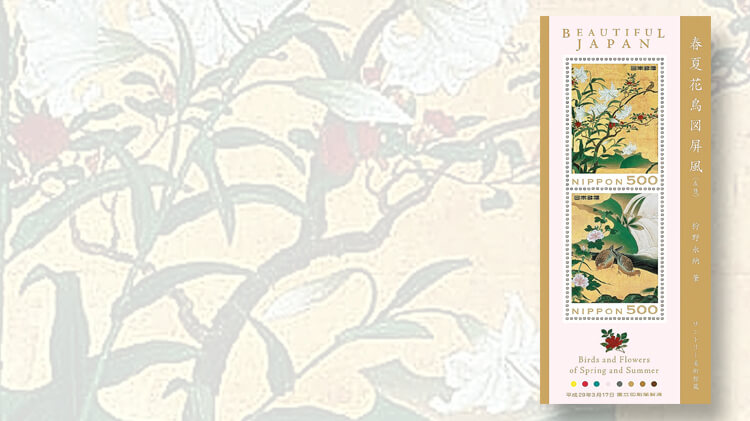 This souvenir sheet from Japan shows flowers of spring and summer from the painting on a folded screen. 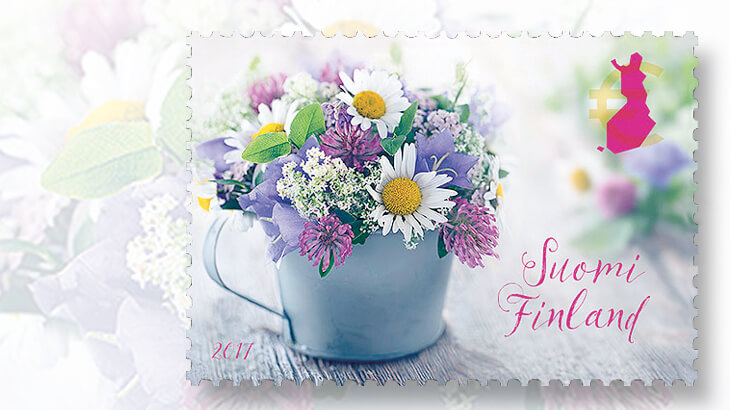 Although it was issued in February, this Finnish domestic-rate stamp shows a bouquet of summer flowers. 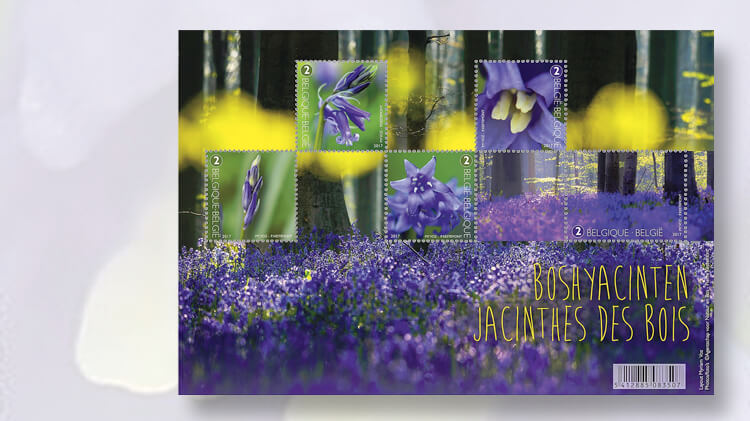 A pane of five Belgian stamps illustrates the magic of Hallerbos, or Halle’s Woods, when the bluebells are in bloom.
Previous
Next

Cyprus shows off four of its endemic wildflowers on stamps issued Feb. 16.

The 0.34 low denomination of this Wildflowers of Cyprus set pictures a rare crocus (Crocus hartmannianus), which blooms in January and February in sparse pine forests on the island’s Troodos and Pentadaktylos mountains.

In order of their blooming seasons, the other flowers included in this set are the Cyprus tulip (Tulipa cypria), which blooms from March to April, on the 1 denomination; the very rare Akamas centaurea (Centaurea akamantis), April to November, 0.64; and the carlina (Carlina pygmaea), June through October, 0.41.

Melani Efstathiadou designed the stamps. Veridos Matsoukis of Greece printed them by offset in panes of eight.

Romania’s tribute to flowers as national symbols came one day after the Wild Flowers of Cyprus set. This Feb. 17 issue combines flowers with flags, maps and scenic views.

Floral emblems and flags of other countries in the region are shown on the remaining stamps: basil for Moldova on the 4 lei, Croatia’s Iris croatica on the 8 lei, and Bulgaria’s rose (Rosa damascena) on the 15 lei.

Designed by Razvan Popescu, the stamps were printed in sheets of 32 and in panes of five stamps and a label.

The new stamps picture orchids. The earliest bloomer among these is the fan-lipped orchid, shown on the 0.26 denomination. This Mediterranean orchid often starts flowering in late January.

The flowers of the yellow bee orchid, pictured on the 0.42 stamp, and the small-flowered tongue orchid on the 1.25, bloom in March and April.

The stamps’ designs are based on photographs taken by Guido Bonett. Printex Ltd. printed the stamps by offset in panes of 10. An additional image of the flowers in bloom is shown in the selvage of each pane.

The new stamp from Finland is jumping one season ahead. Called Summer Flowers, the stamp shows a bunch of daisies, red clovers, bluebells, and blueberry twigs, according to the designer, Anna-Mari West.

The map in the upper-right corner of this nondenominated stamp symbolizes that it pays the domestic rate.

Joh. Enschede of the Netherlands printed this self-adhesive stamp. It is sold in panes of 15.

Designed by Lilija Dinere, this 0.64 denomination depicts a freesia.

Native to southern Africa, freesias have been successfully cultivated in Europe since the late 19th century. Their fragrant blooms come in a variety of colors, including white, purple, orange, red, and yellow.

The beauty of Belgium’s Hallerbos, or Halle’s Forest, in spring is captured in photographs by Pierre Kestemont displayed across a pane of five stamps issued March 6.

Atlas Obscura, a guide to some of the world’s wonders, described the forest in spring: “The Hallerbos — also known as the Blue Forest —is covered with millions of bluebells from late April into May. The otherworldly transformation of the 1,360 acre woods has a floral carpet brushing up against the lean beech trees as far as your eye takes you. Visitors can stroll the winding paths, and watch for rabbits and deer that wander through the green and azure woods.”

Close-ups of the flowers are pictured on four of the stamps. The fifth shows a view of the bluebells, also called wild hyacinths, and the trees. The stamps are nondenominated. The “2” in a circle on each design indicates that the stamp pays the rate for domestic large letters weighing up to 100 grams.

Myriam Voz designed the stamp pane. It was printed by offset lithography.

Flowers appear in the designs of four sets of Japanese stamps issued in February and March, and two of them include the word “spring” in their names.

The March 17 issue is called Beautiful Japan, Birds and Flowers of Spring and Summer. The issue consists of three souvenir sheets, each with two 500-yen stamps reproducing images from a folded screen painted by an artist of the Kano school.

Five 52y stamps and five 82y stamps issued Feb. 15 in two panes of 10 are part of a Hospitality Flower series. According to the inscription at the top of the panes, it is the seventh set in the series.