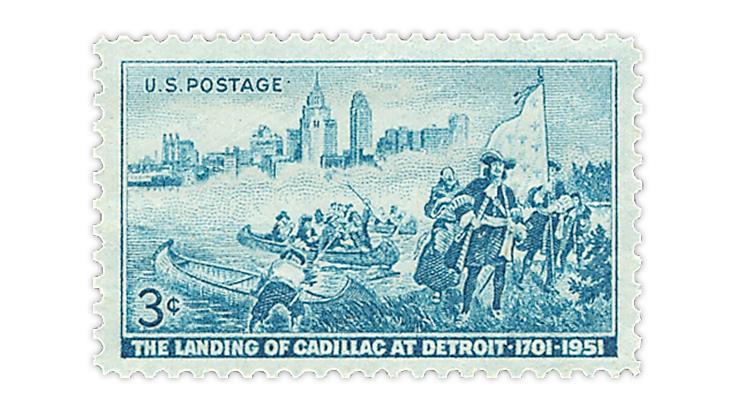 Figure 1. A 3¢ stamp issued July 24, 1951, marked the 250th anniversary of the founding of the city of Detroit by Antoine de la Mothe Cadillac. 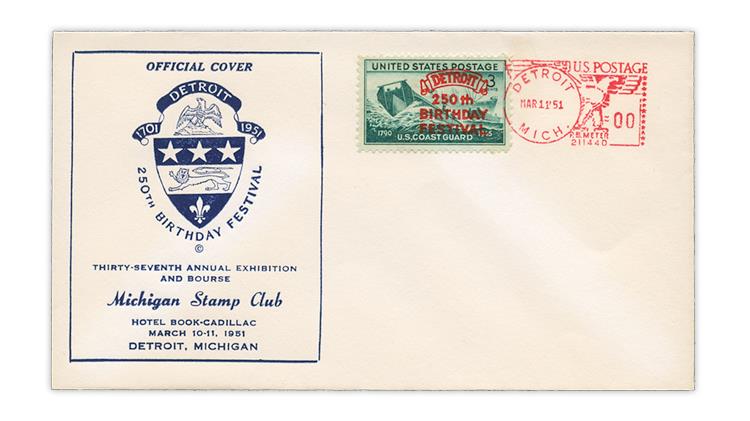 Figure 2. The Michigan Stamp Club held its 37th annual exhibition and bourse in March 1951, a few months before the release of the 3¢ 250th anniversary of Detroit commemorative stamp in Figure 2, so it had to use another stamp on its cover honoring the ph
Previous
Next

The city of Detroit, Mich., celebrated its 250th birthday in 1951. This event received a postal honor with the issuance of a 3¢ stamp on July 24 celebrating the founding of Detroit by French explorer Antoine de la Mothe Cadillac (Scott 1000). He established Fort Pontchartrain du Detroit in 1701 on the site that became the city.

But in March 1951 before the stamp was issued, the Michigan Stamp Club held its 37th annual exhibition and bourse and arranged for a cacheted cover with a commemorative message as part of a meter stamp. The March 11, 1951, cover is shown in Figure 2.

The “Detroit 250th Birthday Festival” meter message was placed over the 1945 Coast Guard commemorative (Scott 936) used to pay the 3¢ postage for the cover.

Note that the meter stamp is a “double zero” with no postal value. Had this envelope actually been placed in the mail, the Post Office Department might have rejected the 3¢ stamp as valid postage as overprints on mint stamps invalidated them. This one might have slipped through, though, because the meter might not have been considered to be an overprint.

Anyway, it’s an interesting souvenir of the time.

Ideas for stamps to celebrate America’s 250th anniversary in 2026