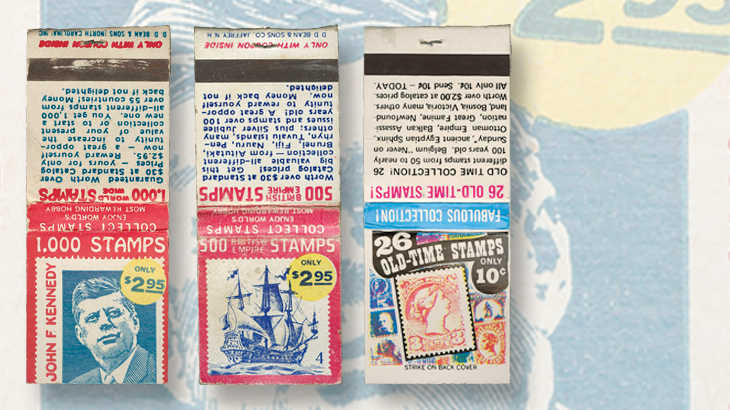 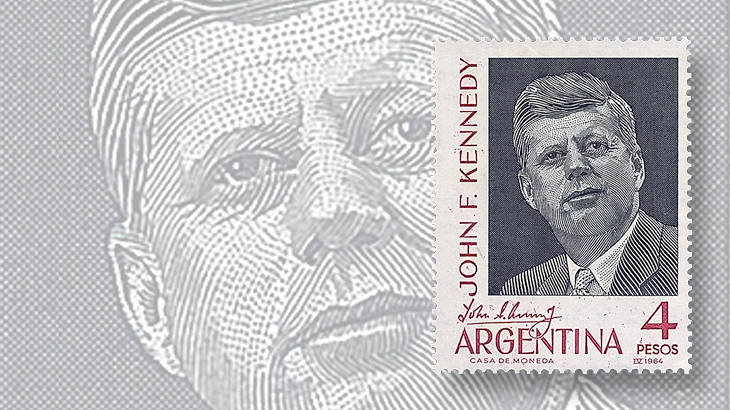 One of the Kenmore Stamp Co. matchbook covers shows this 1964 John F. Kennedy stamp from Argentina.
Previous
Next

One way that stamp collecting used to be front and center with the public was via matchbook cover advertising. However, when the health risks of cigarette smoking were publicized and when flick cigarette lighters became ubiquitous, the manufacturing of matchbook covers declined, and they are rarely seen today.

Collectors have preserved examples from that bygone era, and Linn’s reader Mark Sommer recently sent me one to add to my collection.

None of these matchbook covers are dated, but the addresses shown on the inside have ZIP codes, placing them in the mid-1960s or later.

In my experience, the most often-seen of these three matchbook covers is the example showing part of Argentina’s 1964 4-peso John F. Kennedy commemorative (Scott 760).

I was a smoker at the time and remember keeping one of the matchbook covers to put in my album devoted to worldwide stamps honoring President Kennedy.