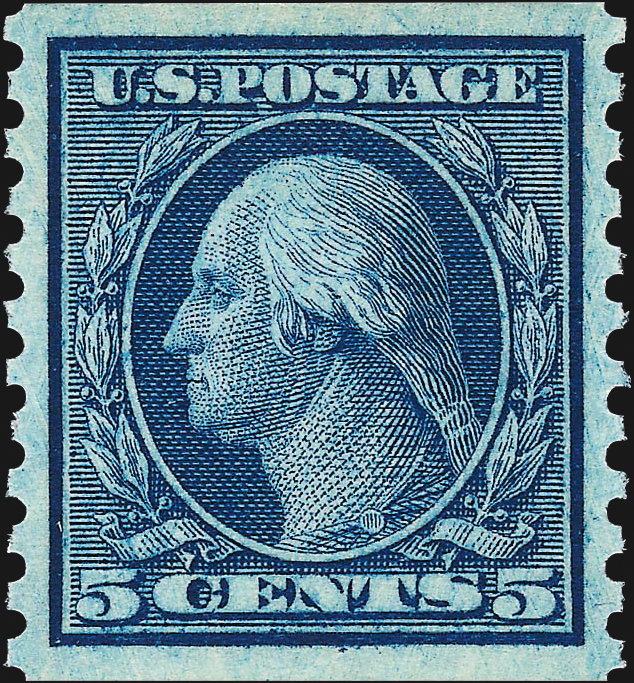 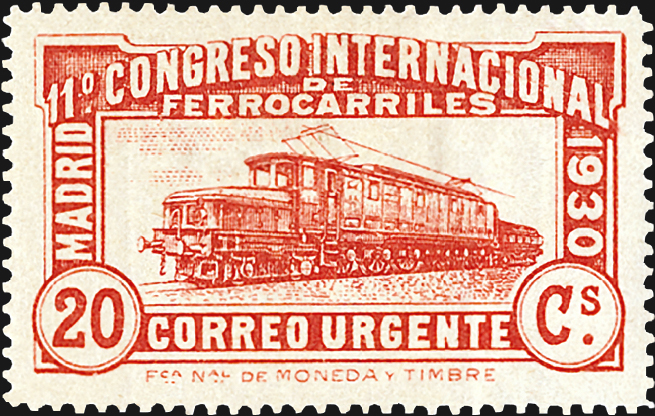 The 1930 Spanish 20-centimo brown-orange Electric Locomotive special delivery stamp (Scott E6) is a good buy at 75 percent to 90 percent of the 2015 Scott Classic Specialized Catalogue of Stamps and Covers 1840-1940 value of $50 in unused hinged condition and $105 in mint never-hinged condition.

Spain — The Spanish stamp market remains relatively quiescent, but there are some good items for which demand remains fairly constant.

One such item is the 20-centimo brown-orange Electric Locomotive special delivery stamp (Scott E6) issued May 10, 1930, to commemorate the 11th International Railway Congress held in Madrid.

This stamp and the regular postage and airmail stamps from the same issue (Scott 373-385 and C12-C17) were sold exclusively at the Palace of the Senate in Madrid and at the Barcelona and Seville expositions from May 10-21, 1930.

This attractive stamp is very popular with railway topical collectors. It is of special interest to these collectors because it depicts a fairly early version of an electrical locomotive.

Electric locomotives can be powered by overhead lines, by a third (electrified) rail, or by an onboard battery. They are particularly useful in mountainous areas where transporting coal or oil is expensive and hydroelectrical power is plentiful.

The chief drawback to electrical locomotives is the initial expense of wiring the rail line for the power source. Today, most rail systems in Europe are electrified.

The 2015 Scott Classic Specialized Catalogue of Stamps and Covers 1840-1940 warns that forgeries of the Electric Locomotive special delivery stamp are plentiful. Genuine stamps have a control number on the back.

The stamp is undervalued in all three conditions, and if you find it offered at or near Scott catalog value, it would be an excellent buy. When selecting an example for purchase, make sure that the watermark is clearly visible with watermark detection fluid.

The Scott U.S. Specialized catalog values the stamp on cover at $50. A single-use correctly paying an in-period rate would easily be worth that much or more. — H.G & R.M.