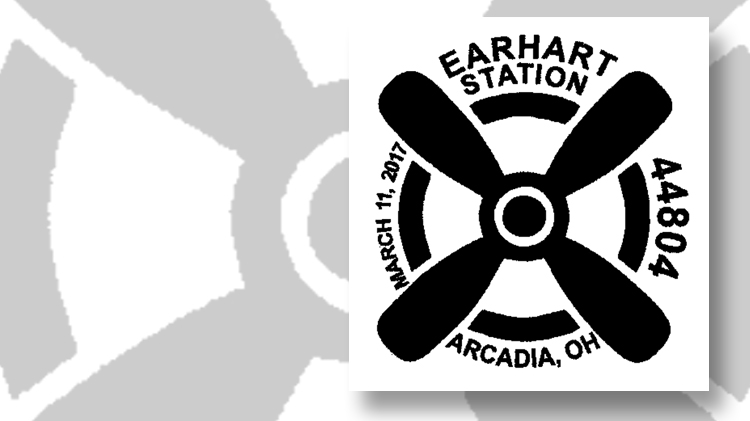 An airplane propeller is the central design element in a March 11 postmark from Arcadia, Ohio.

The stamp design, based on a black-and-white photograph, shows Earhart standing in front of her Lockheed Electra airplane, the same plane that would disappear without a trace on July 2, 1937.

The March 11 postmark is sponsored by the Findlay Stamp Club and was offered in association with the club’s 64th annual stamp show and exhibition.