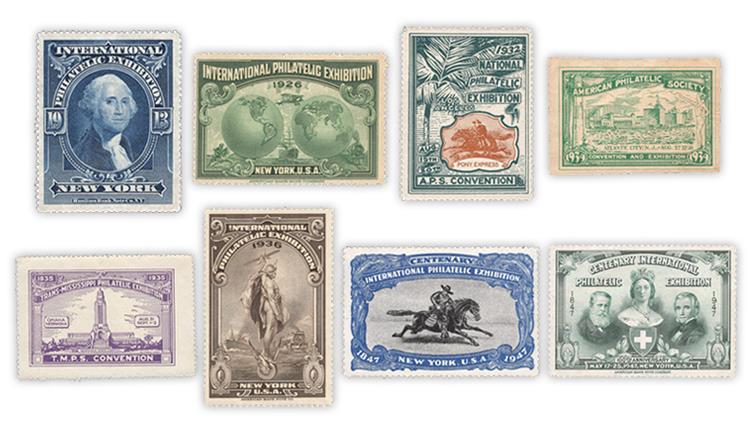 Figure 1. A few examples of the wide range of exhibition seals that were issued to promote stamp exhibitions or to be sold as souvenirs at stamp shows in the first half of the 20th century. 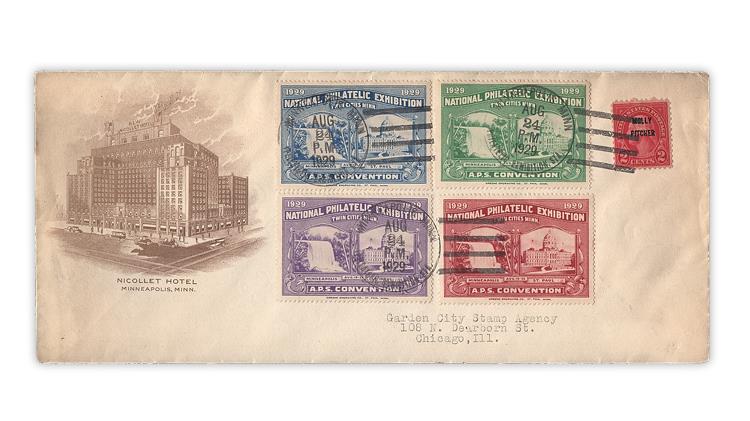 Figure 2. All four of the 1929 National Philatelic Exhibition seals are affixed to this cover. This show in Minneapolis hosted the American Philatelic Society’s annual convention that year, and the cachet depicts the society’s show hotel.
Previous
Next

There was a time, mostly from the late 1920s into the 1940s, when major stamp shows issued sets of commemorative seals as part of the festivities. This was especially true of shows that hosted American Philatelic Society and other major society conventions and of international shows held in the United States.

There are thousands of show seals, a group of which are featured in Figure 1. And if you have a desire to hunt down examples, an indispensable reference is James N. Drummond’s two-part catalog and checklist, Philatelic Exhibition Labels Part one: U.S.: A to L (2019), and Part 2: U.S.: M to Z (2020), totaling an astounding 1,650 8½ by 11 pages.

Most of the seals listed by Drummond are single issues or souvenir sheets. They have the virtue of being mostly inexpensive, and they can even be readily found on cover.

But with multiple-issue seals, often with the same design in different colors, covers are most often seen with one or maybe two seals tied by cancellations.

A relative rarity is shown in Figure 2, the 1929 cover bearing all four of the National Philatelic Exhibition seals. That show hosted the APS convention that year. The location is shown as Twin-Cities, Minnesota, but the show was held in Minneapolis. The APS show hotel, the Nicollet, is seen in the envelope’s cachet.

The cancellation is clear as to the date, Aug. 24, 1929, but the rest of the cancel is “Minneapolis, Minn. Philatelic Exhibition Sta.”

These 1929 seals are a quality product, printed by Greene Engraving Co. of St. Paul, Minn.

Collectors looking for an inexpensive philatelic sideline might well find an answer in exhibition seals. You need not collect every last one: Specialize in a large city, a state, seals for a specific organization’s conventions, or those that portray stamps, horses, Native Americans or whatever else might interest you.