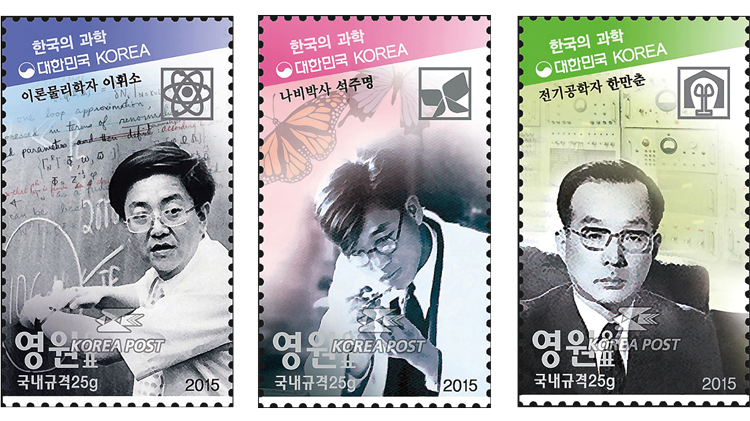 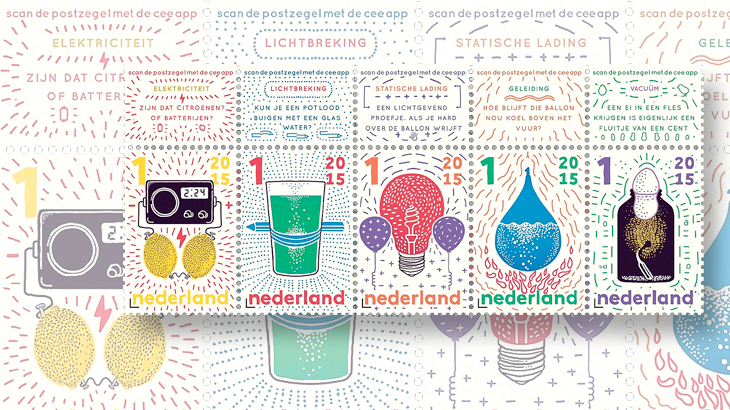 A new issue from the Netherlands, called Discover Science, shows five physics experiments that children can conduct at home. More information about each experiment is included in the attached label. 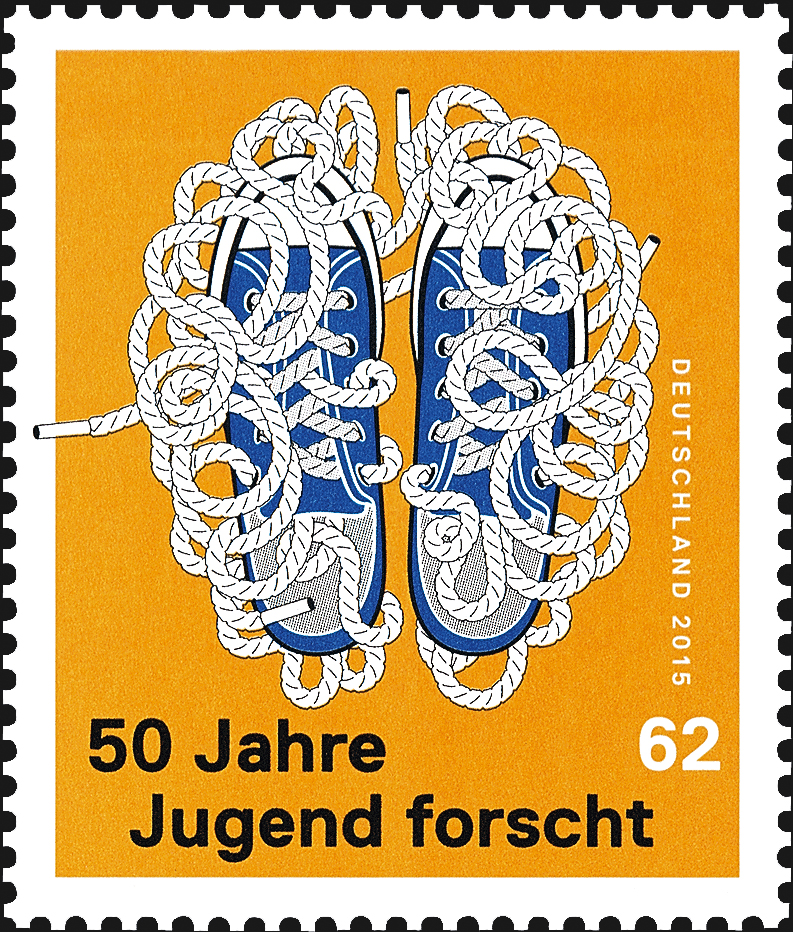 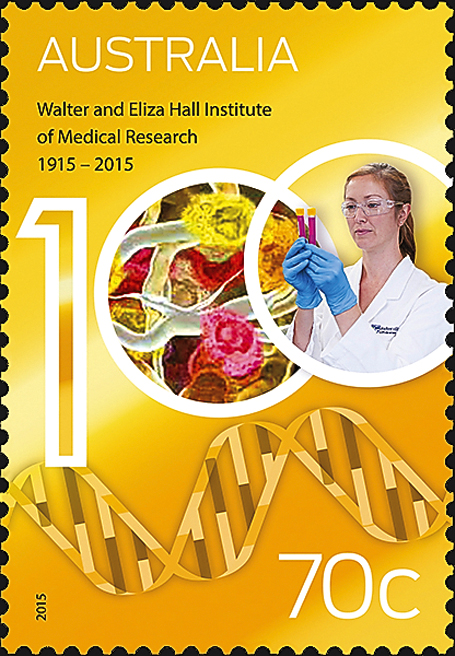 Dr. Tracy Putoczki is shown at work in the Walter and Eliza Hall Institute of Medical Research on this Australia stamp marking the institute’s 100th anniversary.
Previous
Next

Physics experiments that children can perform at home are illustrated on five stamps from the Netherlands.

Called Discover Science, the stamps were to be issued July 20 in panes of 10 (two of each design) in collaboration with the Science Center Nemo, a hands-on interactive science and technology museum in Amsterdam.

Each stamp includes an embedded code that links through a smart phone to the museum’s website.

The first stamp at upper left on the pane shows a lemon battery. According to the Kids Science for Real website, all you need to make this battery is a screw, a coin (made of copper), a lemon and wires. The site also recommends potato, tomato, orange and banana batteries for those who want to experiment further with food that can generate electricity.

The next stamp illustrates light refraction by showing what appears to be a bent pencil and a glass of water. The Merriam-Webster dictionary defines refraction as “deflection from a straight path undergone by a light ray or energy wave in passing obliquely from one medium (as air) into another (as glass) in which its velocity is different.”

One design depicts a light bulb charged by the static electricity from two balloons.

The final stamp shows a hard-boiled egg being squeezed through the narrow neck of a bottle. This experiment illustrates air pressure.

The American Physical Society’s Physics Central website calls this experiment “the egg squeeze” and explains what is happening: “When you light the fire inside the glass jar, the temperature will rise. According to the ideal gas law, the pressure will rise as the temperature increases so long as the volume remains fixed. This extra pressure will push up on the egg, allowing some air to escape.

Jorn Dale designed the stamps, and Cartor Security Printing of Meauce, France, printed them by offset. A label attached to each stamp gives additional details about the experiment shown.

The stamps, like most recent issues from the Netherlands, are nondenominated. The “1” in the upper-left corner of each design represents payment of the basic first-class rate.

The competition is open to young scientists starting in the fourth grade up to age 21.

Henri Nannen, editor-in-chief of Stern magazine, established the contest in 1965, modeling it on science fairs in the United States, according the Jugend Forscht website.

Bundesdruckerei in Berlin printed it by offset in panes of 10.

On April 10, South Korea introduced a new series of stamps devoted to science.

On the stamp designs, each man is shown with items representing his work. For example, butterflies are included on the stamp for Seok.

Jaeyong Shin designed the stamps. Cartor printed them by offset in sheets of 18 (six of each design).

On its website, the institute reports that its “discoveries have advanced scientific thinking, improved clinical practice and resulted in new and more effective treatments for patients.”

Director Doug Hilton said: “From antivenins for snake bite, new treatments for autoimmune diseases, techniques to mass-produce flu vaccines, and cancer support therapies that have helped 20 million people recover from chemotherapy. Our successes have been built upon generous philanthropic support from the community.”

According to Australia Post, Dr. Tracy Putoczki is pictured on the stamp. Putoczki is head of the institute’s inflammation division, which “studies how communication between cells influences health and disease.”

Nicholas Girling designed the stamp. RA Printing printed it by offset in panes of 10.

A prestige booklet with stamps, text and illustrations also was issued.