Stamps of Australian states: an eye out for affordable classics 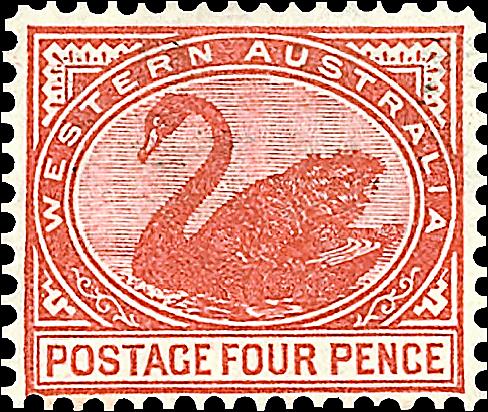 Figure 8. The black swan symbolizes Western Australia, and is depicted on the colony’s 4-penny stamp issued in 1902. 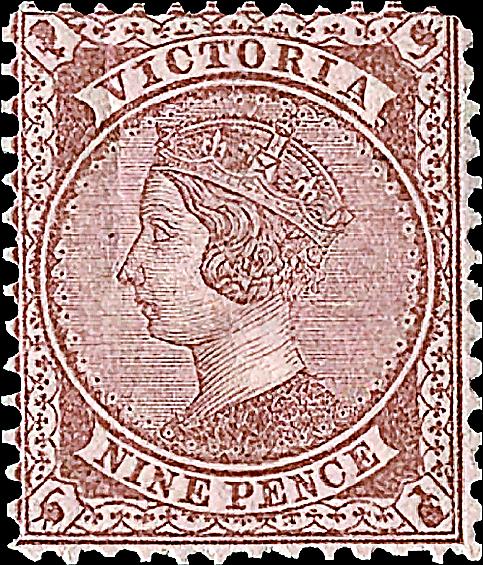 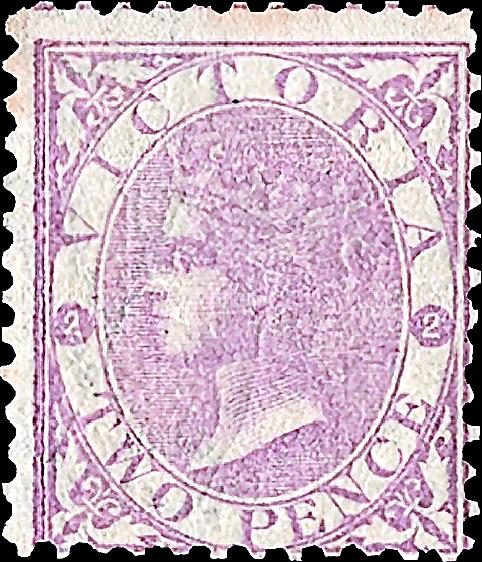 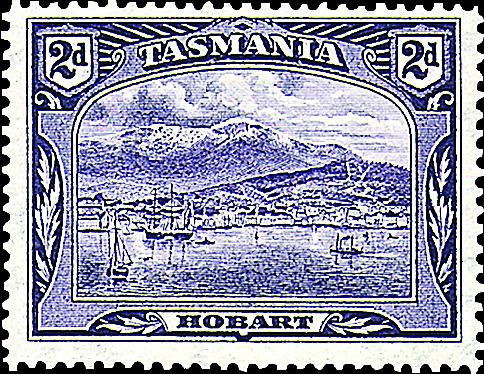 Figure 6. This 1899 stamp from Tasmania shows a view of Hobart, Tasmania’s largest city. 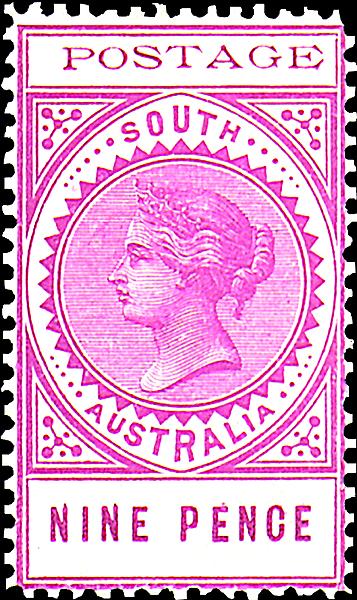 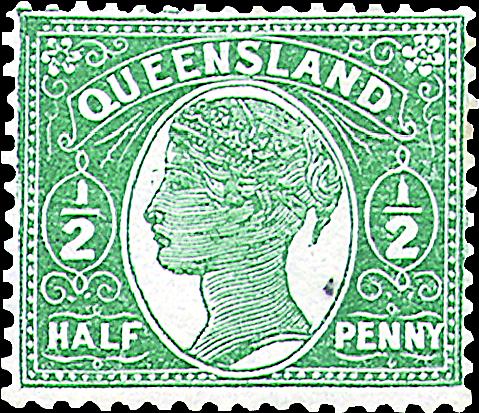 Figure 4. Queen Victoria is appropriately featured on most of the stamps from the British colony of Queensland in Australia. 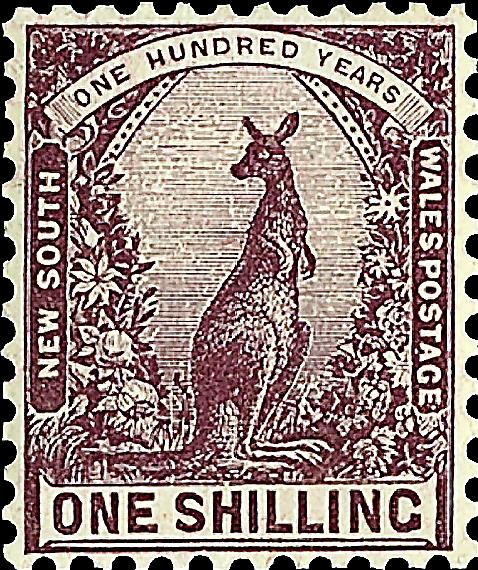 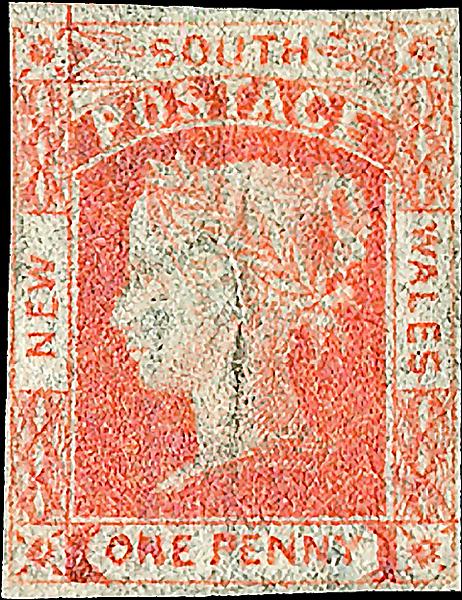 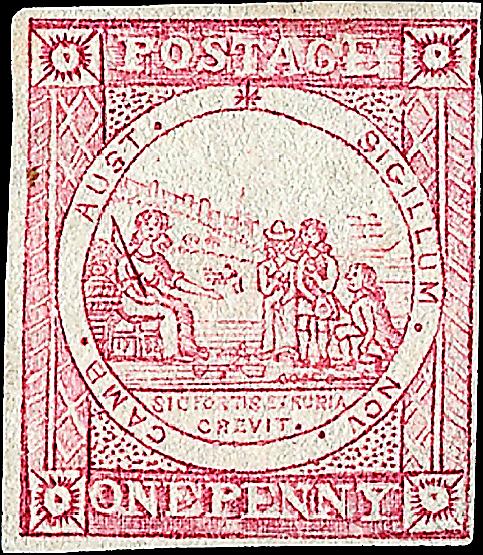 The nation of Australia as we know it today evolved from six British colonies. Australia became a federated nation Jan. 1 1901, and the six colonies (New South Wales, Queensland, South Australia, Tasmania, Victoria and Western Australia) became states within the Commonwealth of Australia.

Prior to federation, each colony had its own post office and postage stamps.

Collecting Australian colonies stamps is a wonderful way to learn the history of the sixth largest country (by land mass) in the world, and also to brush up on your stamp collecting skills.

There are a few world-class rarities among these Australian colonies stamps that will challenge the budget, but there are also many attractive stamps of the Australian states that fall within the realm of budget collecting.

A good way to begin a collection of Australian colonies is to start small, by choosing one of the six colonies.

Both New South Wales and Victoria began issuing stamps in 1850.

British colonization of Australia began in New South Wales in 1788 when the “First Fleet” arrived from Great Britain.

These sailing ships were carrying many prisoners who could no longer be transported to the former British colonies in America.

And so, beginning a collection of Australian colonies with some New South Wales stamps might be a great place to start. Or it might not.

The first stamps are called the Sydney Views and show the seal of the colony.

These issues are laden with paper varieties, shades, engraving varieties — and rather large numbers in the catalog value columns.

In the interest of frugal philately, you can skip the Sydney Views stamps and move to the late 1850s for some very attractive portraits of Queen Victoria.

There is still a lot of complexity to the stamps of this era, with perforation, watermark and paper varieties.

The easiest, and perhaps most enjoyable New South Wales stamps to collect came in 1888.

Many of these later stamps are pictorial, showing fewer portraits and more animals, maps and scenery.

The stamps were, in fact, commemorative in nature, honoring the centennial of the 1788 arrival of the First Fleet.

Figure 3 shows what has become an instantly recognizable symbol of Australia, the kangaroo, on the 1889 1-shilling maroon stamp.

Just collecting all of the varieties of this one little stamp would take a bit of time, but would not take as much money as some other New South Wales issues.

The advantage to starting small is that you get to learn how to recognize different watermarks and methods of printing, skills that will help you no matter what you collect.

Nearly all of the stamps issued by Queensland show a portrait of a queen: Queen Victoria, to be precise.

A good starting place for collecting Queensland is 1890, when a series of Queen Victoria side-view or profile stamps was produced that lasted until the first Australian stamps were issued.

The ½d green stamp shown in Figure 4 (Scott 101) stands out from the higher denominations because of its horizontal layout.

Once again, there are different perforations, paper types, printing varieties and so on to be found.

Most of these stamps could be considered inexpensive challenges.

South Australia’s first stamps from 1855-56 might be out of the range of a modest stamp budget, but there are beautiful elongated stamps known as “longs,” issued in 1902 and later, that are more affordable.

You might wonder why South Australia would issue stamps after the colonies federated to form the new nation.

The reason is that the Commonwealth of Australia did not issue its first stamps until 1913. As a result, we have these beautiful “longs” from South Australia that, for the most part, can be acquired postally used without blowing a modest stamp budget.

The island colony of Tasmania issued some lovely scenic pictorial stamps beginning in 1899.

Collect these stamps used and look for nice, clear postmarks.

If you are lucky, you might be able to find some examples postmarked in isolated small towns, adding value and intrigue to these beautiful stamps.

The earliest stamps of Tasmania, as we have seen with other Australian colonies, can be budget busters.

Most of the colony of Victoria’s stamps bear portraits of its namesake, Queen Victoria. The first two face-different stamps, issued in 1850 and 1852 respectively, show portraits of Victoria with a scepter (Scott 1) and seated on the throne (14).

These were followed by a variety of profile images of the queen, with portraits that differ significantly from one another.

These two representations of the queen are vastly different, due in large part to the skill and vision of the engravers. The 2d stamp at left in Figure 7 was engraved by Jean Ferdinand Joubert. The 9d stamp at right was engraved by William Bell.

One cannot help but wonder if Victoria was not amused.

There is a major rarity of an inverted frame for the 1854 4d Swan stamp, a nearly six-figure purchase if you are lucky enough to find one.

For those of us who like to collect pretty birds on affordable, attractive stamps, we can fast-forward to the 1890s and choose from a number of beautiful Western Australia Swan stamps in a variety of attractive colors beside black.

Figure 8 shows the 4d orange-brown Swan stamp (Scott 79) issued in 1902. Look for these stamps with different watermarks and perforation gauges, and you will have the beginning of a dandy Western Australian Swan collection.

All this goes to prove that you can collect beautiful classic stamps from colonial Australia while maintaining a reasonable budget.