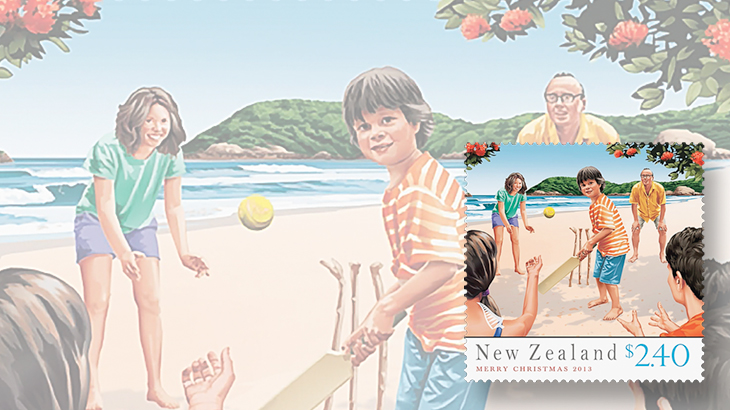 Christmas is in the summer of the Southern Hemisphere, and the holiday can include fun and games on the beach. A family plays cricket on this 2013 New Zealand stamp. 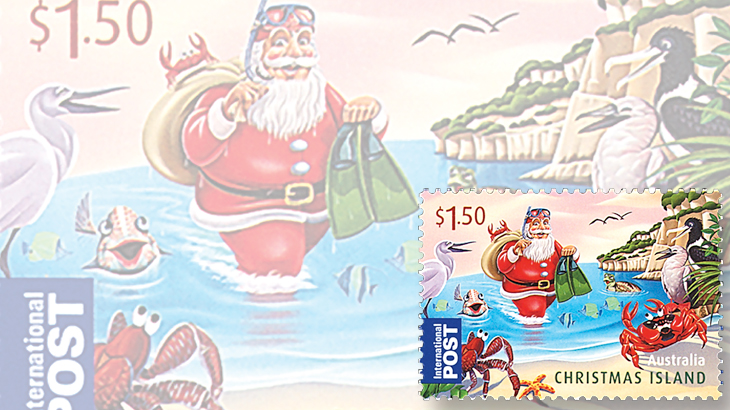 While enjoying the balmy weather of Christmas Island in the Indian Ocean, Santa Claus does some scuba diving on a 2011 stamp. 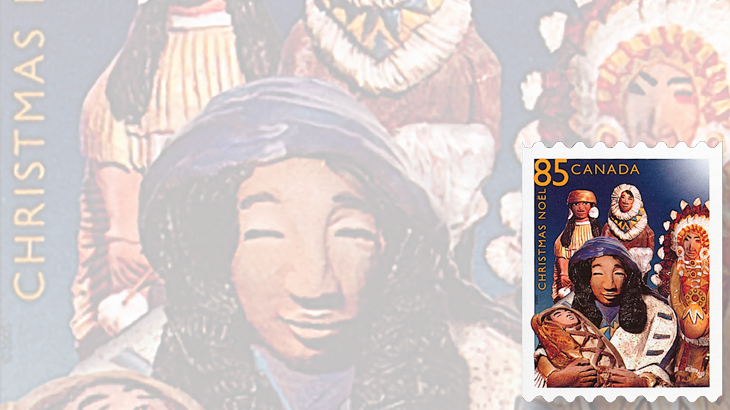 A stamp showing a nativity scene portrayed by Inuit people was issued by Canada in 2005. 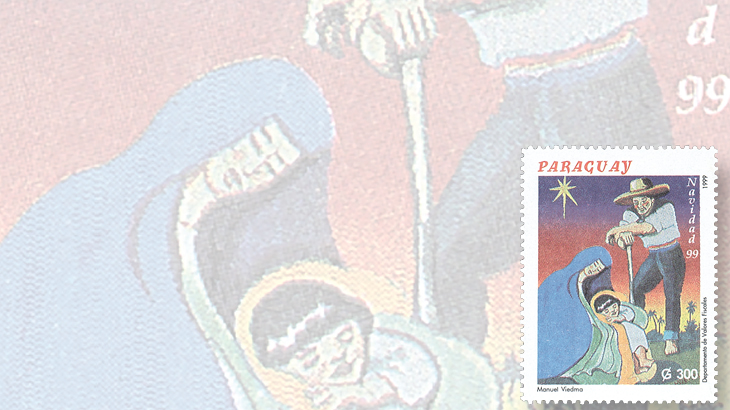 A Christmas scene in Paraguay, depicted in native style, appears on this 1999 stamp of that country. 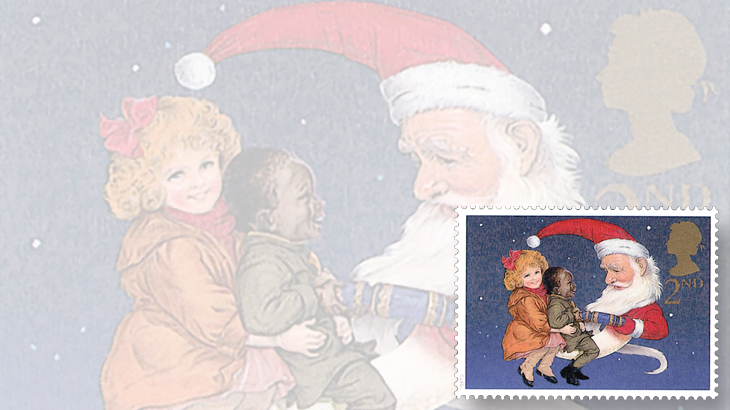 A Santa man-in-the-moon pulls a traditional British Christmas cracker with the help of children on this 1997 stamp. 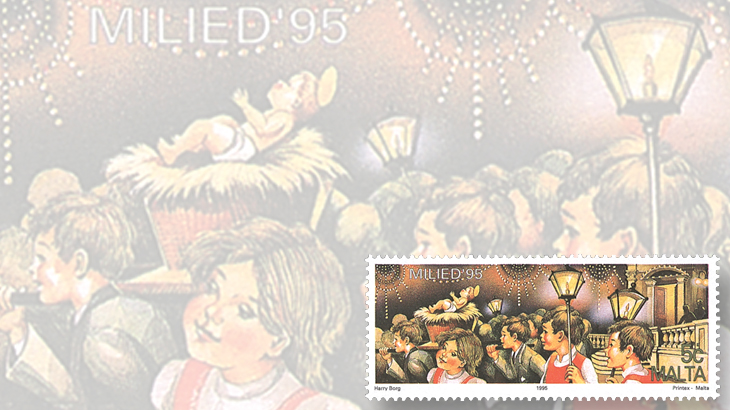 Malta has a traditional Christmas Eve procession of children, shown on this 1995 stamp. 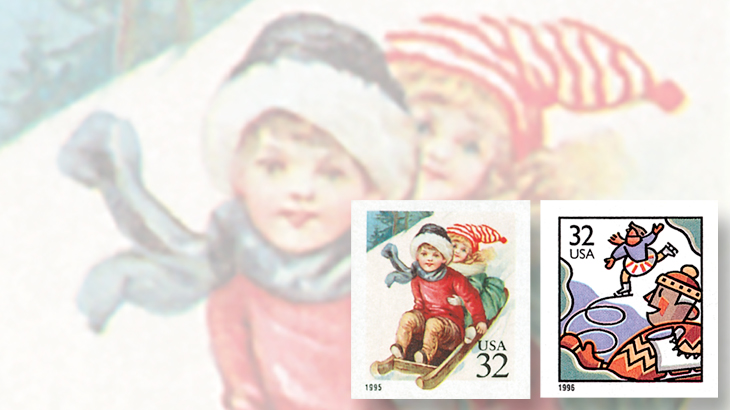 An old-fashioned scene of children sledding appears on one of the holiday stamps issued by the United States in 1995 (left). A cartoon image of skaters is the design of one of the U.S. Christmas holiday stamps for 1996 (right). 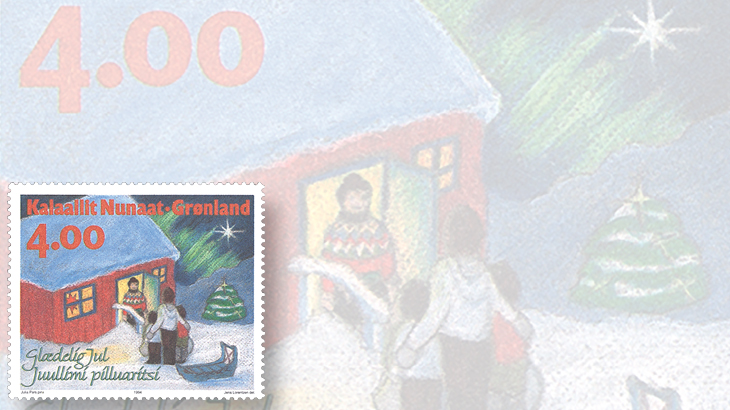 Christmas stars in the windows of homes in Greenland add some light to the winter darkness, as seen on this 1994 stamp. 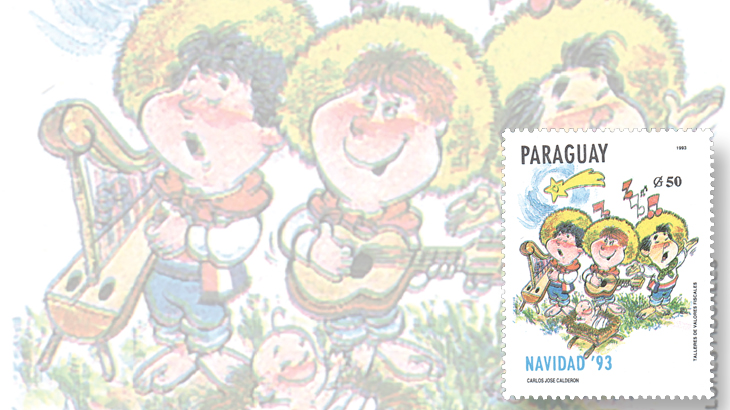 Children in Paraguay might sing Christmas carols to guitar accompaniment, as on this 1993 stamp. 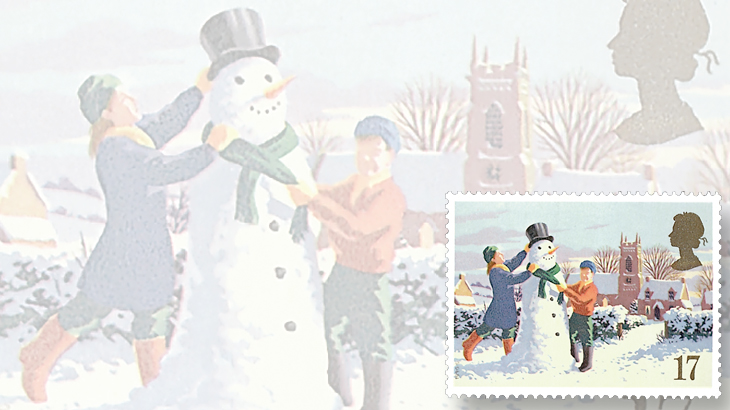 A 1990 Great Britain Christmas stamp shows a common winter scene in colder climates of the world: building a snowman. 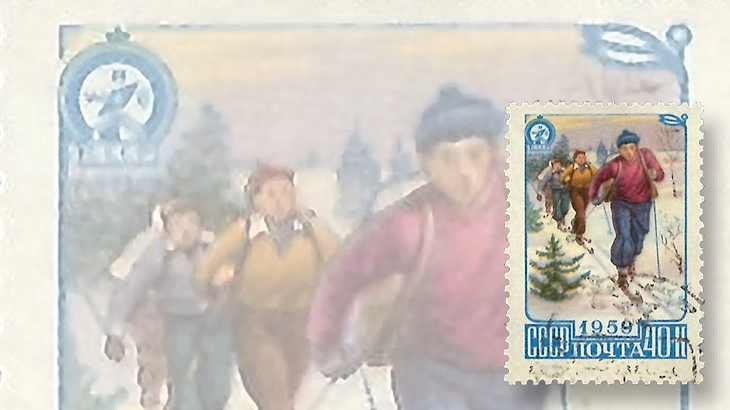 Skiing is often part of holiday fun, as seen on this 1959 stamp from Russia.
Previous
Next

The winter holidays are upon us, with greetings and festive messages for Christmas, Hanukkah and Kwanzaa circulating in the postal mails, most of them with special seasonal stamps affixed.

Here in the Northern Hemisphere we are used to seeing holiday cards and stamps featuring snowy scenes. Our friends living in the Southern Hemisphere have a very different holiday season: their December means summer, not winter, and that season is reflected on their holiday stamps.

In contrast, families in the Southern Hemisphere might frequent beaches on a sunny, warm Christmas day.

Christmas dinner in New Zealand could be a picnic on the beach, followed by a pickup game of cricket, as shown on the $2.40 stamp in that country’s 2013 Christmas set (Scott 2487).

Caroling looks a little different in the Southern Hemisphere, too, as evidenced by a Paraguay 50-guarani stamp from 1993 (Scott 2463) showing three children playing musical instruments and singing to a baby in a manger.

Santa seems to vacation in the Southern Hemisphere when he has completed his around-the-world journey. He dons a wet suit and goes scuba diving on Christmas Island on Scott 498, a $1.50 stamp from 2011.

Christmas traditions are amazingly varied from one place to another. On Christmas Eve in Malta, it is a tradition to name one young boy to give the sermon at midnight Mass. This boy also carries the statue of baby Jesus during the children’s procession, a custom depicted on a 1995 5¢ stamp (Scott 874).

Greenlanders have a lovely practice of putting an illuminated star in their windows, as seen on a 1994 4-krone stamp (Scott 275). Greenland is within the Arctic Circle where the sun does not rise in the winter, so this custom must add a welcome bit of extra light in a very dark time for homes and towns.

Many nations, especially within the British Commonwealth, have traditional Christmas crackers decorating their dinner table on Christmas Day. A cracker consists of a brightly wrapped cardboard tube that contains a toy, a party hat or paper crown, and a joke or riddle.

Pairs of people at the table pull the ends of a cracker, much like the custom of two people pulling a wishbone. The cracker makes a loud pop (hence its name), and the contents fall out. On a Great Britain second-class stamp from 1997 (Scott 1776), Santa appears as the man in the moon while pulling a cracker with the help of two children.

Canada issued three different nativity scenes on stamps in 2005. One is traditional, one is contemporary, and the third shows an Inuit nativity grouping (Scott 2126).

Collecting Christmas stamps from around the world will give you a new and different appreciation for the holiday, and like Charlie Brown, you might discover the true meaning of Christmas.