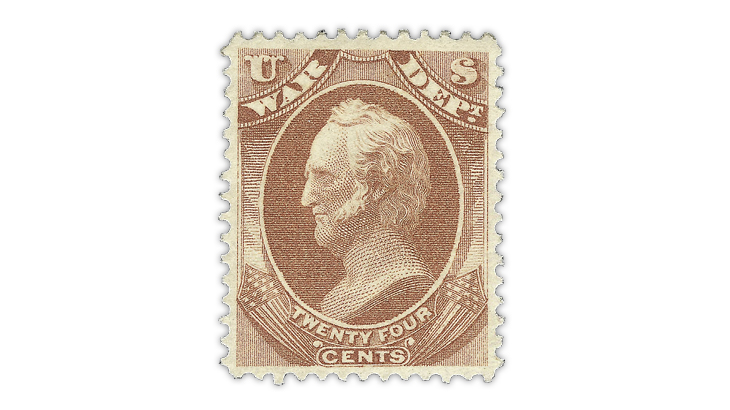 Stamps were issued for the departments of Agriculture, the Interior, Justice, Navy, Post Office, State, Treasury and War, and the executive branch of the government.

Many of these Official stamps can be quite pricey, especially in unused, original gum condition.

If you are ready to dip your toe into classic U.S. Official stamps, a good place to start is with the 24¢ rose Gen. Winfield Scott War Department Official (Scott O91).

Scott served in U.S. Army from 1814 to 1861. He also won the Whig Party nomination for president in 1852. He retired from the Army in November 1861, after having developed the strategy known as the “anaconda plan” for defeating the South in the Civil War.

All values are for stamps in very fine grade, and the stamps are a good buy at around 80 percent of Scott catalog value in that grade. As always, stamps in lesser grades or with minor faults are available for much less.