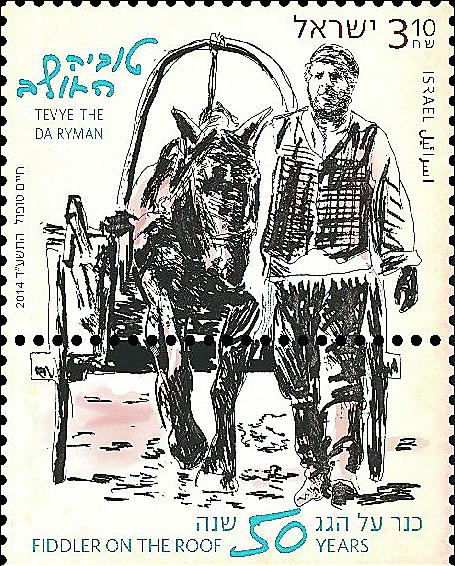 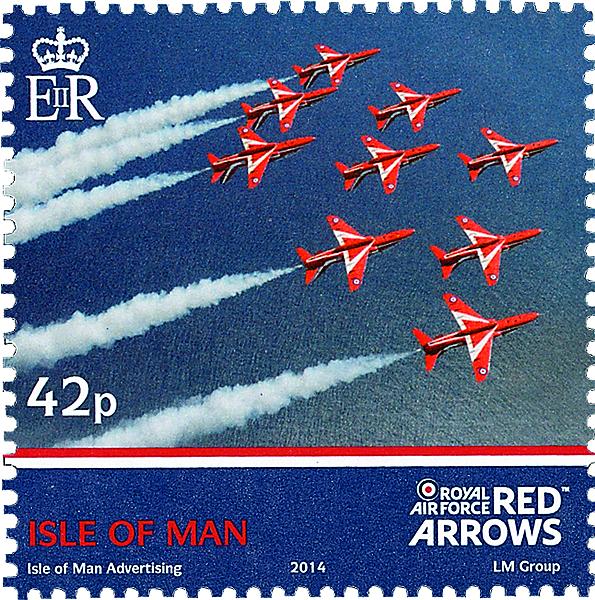 Figure 3. The Isle of Man commemorates the Royal Air Force on stamps issued Feb. 9. The two low values of the set are shown. 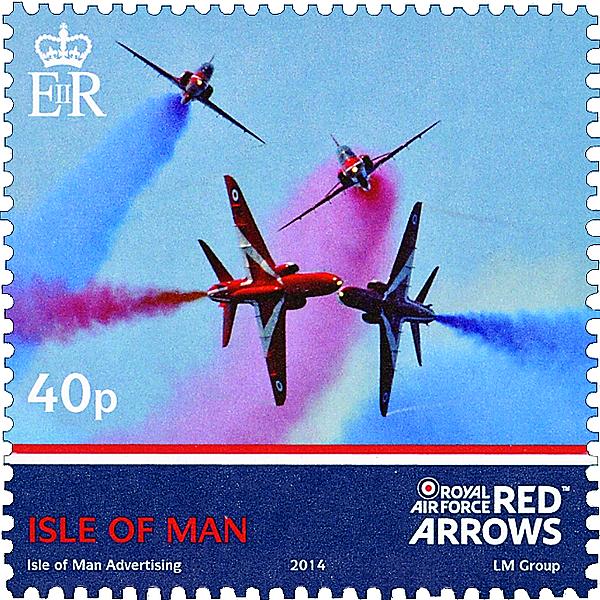 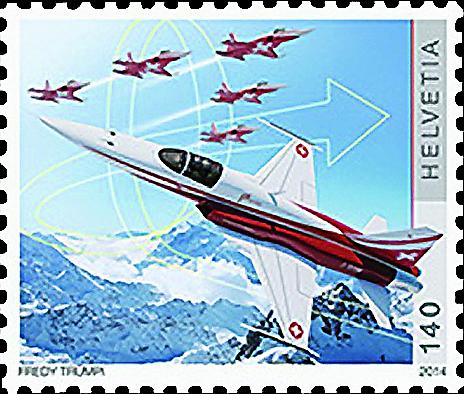 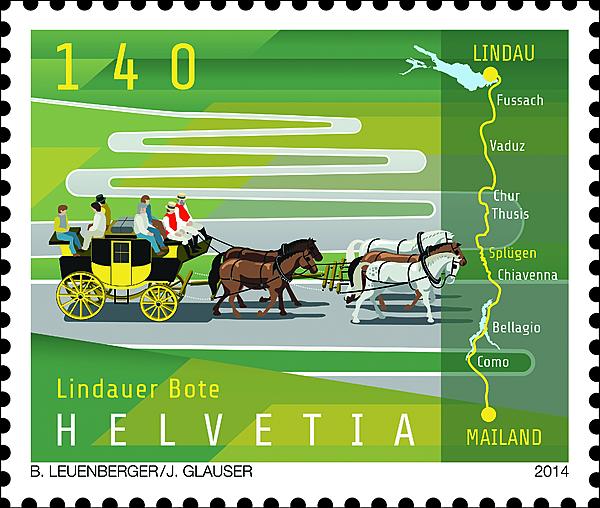 Figure 1. A stamp honoring the 125th anniversary of the Swiss Army Field Post is designed to look like a love letter addressed to Franco Bollo, which translates to “stamp” in Italian.

Fritz Affolter, head of the Swiss Army Field Post, said in an article in Swiss Post’s Focus on Stamps magazine: “Neither Facebook nor text messaging can hold a candle to the Army postal service; there’s nothing quite like a delectable food parcel to bring a bit of variety to the tinned goulash and bland sliced cheese that are the staples of army ‘cuisine.’

“And a love letter from their sweethearts — for once written the traditional way by hand — lights up the faces of soldiers even in dismal concrete barracks.”

Figure 1 shows the stamp. It is designed to look like a love letter, complete with a drawing of a red heart with an arrow.

The letter is addressed to a recruit named Franco Bollo (which means “stamp” in Italian) at the Swiss Army barracks in Biere.

The word “feldpost,” German for field post, appears above the address, and there is a postmark with a post horn in the upper right corner.

The Swiss Army Field Post was established in 1889, with Lt. Col. Anton Stager serving as its first director.

Today it is part of the Swiss Post and Armed Forces Logistics unit, and its approximately 500 military personnel deliver 2 million letters, 1.3 million newspapers and 250,000 parcels each year.

Another military anniversary, the 100th anniversary of the Swiss Air Force, was honored on two stamps issued March 6.

The Swiss Air Force was founded July 31, 1914, with cavalry instructor and pilot Theodor Real as its commander. Between the two World Wars, this air force continued to grow in size and importance, becoming an official branch of the defense forces in 1936.

The 1fr denomination shows F/A-18 Hornets flying above the clouds, and the 1.40fr pictures F-5 Tigers flying over the snow-covered Alps. The latter stamp is shown in Figure 2.

The designs show the Hawk T Mk 1A aircraft flying in formation.

On the 40-penny stamp, shown in Figure 3, the aircraft are emitting red, white and blue smoke, and the 42p depicts the Red Arrows’ trademark diamond nine formation. The other stamps in the set are denominated 69p, 73p, £1.08 and £2.65.

Red Arrows squadron leader Jim Turner said: “The stamps beautifully capture the images of the jets, the sky and the countless audiences who have enjoyed the displays performed by the team around the world.

“Those pictures used in the design of the stamps demonstrate speed, precision and dedication — which are not just hallmarks of the Red Arrows but also of the Royal Air Force as a whole...”¦