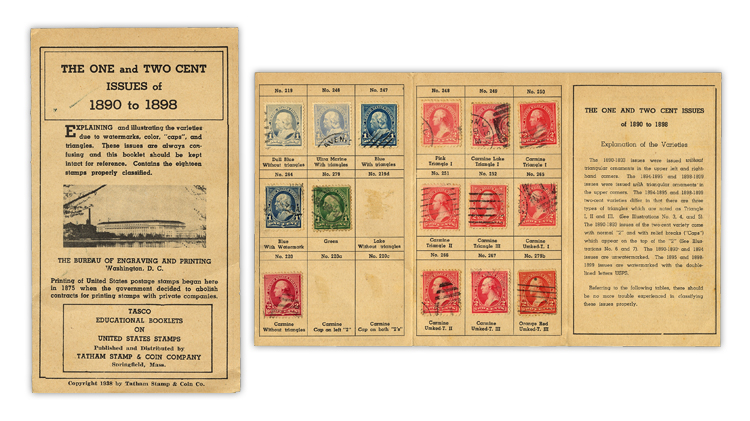 Figure 1. A scarce TASCO booklet published by the Tatham Stamp and Coin Co. in 1938 before the numbered series of booklets began. This one helps collectors differentiate the 1¢ and 2¢ stamps of the similar definitives issued between 1890 and 1898. Example 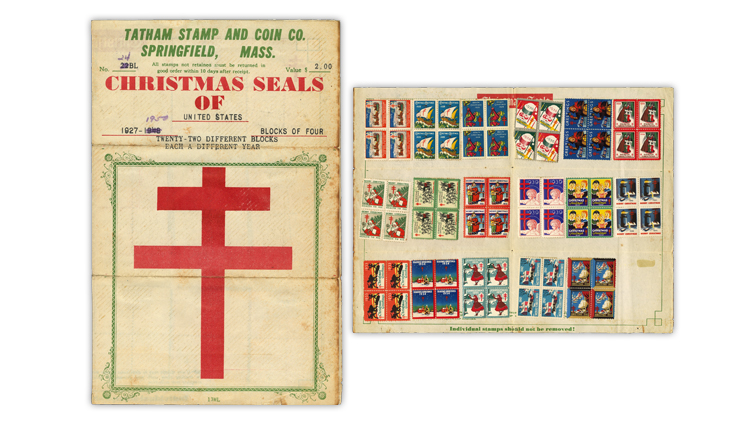 Figure 2. Blocks of United States Christmas seals issued between 1927 and 1950 are mounted inside this $2 sales booklet produced in color by the Tatham Stamp and Coin Co.
Previous
Next

The Tatham Stamp and Coin Co. of Springfield, Mass. was one of the best-known philatelic mail-order houses of the 1930s into the mid-1960s, when it ceased operations.

The company rose to fame based on its service and the series of 15 numbered TASCO “educational booklets” that it produced from the late 1930s to the mid-1950s.

An example of a TASCO booklet is shown in Figure 1. This relatively scarce, unnumbered booklet from 1938 tells collectors how to differentiate the 1¢ and 2¢ stamps of similar United States definitive series of 1890-98. Inside are actual stamps that show differences by color and by design content.

These booklets are actively sought by collectors today both for the information they contain and as part of the history of stamp collecting in this country. It isn’t enough to get one example of each, as over time the booklets sold out and were reissued, often with improvements.

In 30 years of watching for these booklets and buying them once I found them, it was only this year that I stumbled upon the Christmas seal pamphlet shown in Figure 2.

This pamphlet is larger than the normal booklet and in color (unlike other TASCO booklets). The front features the double-barred cross of the National Tuberculosis Association on a faux Scott album page. It is priced at $2.

Apparently this pamphlet was first published in 1948 as that is the year crossed out and replaced by a handwritten “1950” on the Figure 2 example. Contained inside are blocks of four of the U.S. Christmas seals issued between 1927 and 1950.

I wonder how many of these pamphlets were sold and how many survive. Given that I paid $25 for my example, I’d say these are much more difficult to find than the routine Tatham booklets.

These Christmas seals served as postage