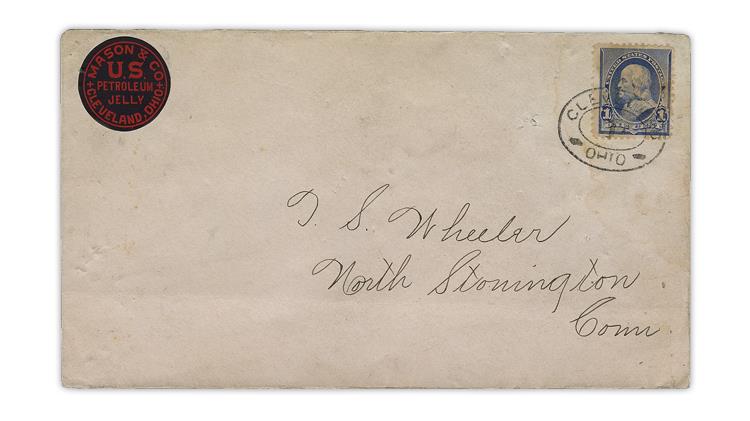 Figure 1. The 1890 Small Banknote 1¢ Benjamin Franklin stamp on this cover has an underinking printing flaw known as “scooped ink” in the value circle on the left. The close-ups in Figure 2 shows why on this stamp the flaw is sometimes called the “candle 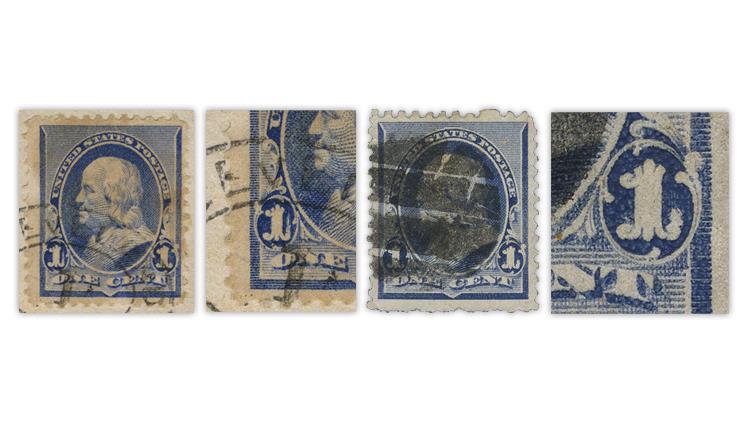 Figure 2. Look at the circles of value on these two 1¢ Franklin stamps (the stamp from the Figure 1 cover is on the left). You will see areas where not enough ink was applied, resulting in what looks like a candle flame. This is a random ink application f
Previous
Next

One of the questions I receive most often from Linn’s readers is about missing ink in the value circles on the 1¢ denomination of the 1890-93 Small Banknote issue.

Figure 1 shows this 1¢ Benjamin Franklin stamp on cover (Scott 219). A close-up view of that stamp, plus another example are pictured in Figure 2.

Philatelic scholar Lester G. Brookman provided the best explanation of how this occurred in his 1947 book The United States Postage Stamps of the 19th Century. The following is from Vol. 3 of that work:

“An interesting printing variety usually spoken of as the ‘candle flame’ variety is easily found on this stamp. The numeral ‘1’ which appears on each side of the stamp is of a fancy design and the base of the numeral is formed from a ball like ornament. From the right hand ornament on each of the two numerals on a stamp there is sometimes to be found a white area extending above the ornament to which the term ‘candle flame’ has been applied. … It is probably caused by what printers called ‘scooped color’ which means that the wiping process removed too much ink from this portion of the plate due to too heavy pressure on the wiping roller or to poor workmanship on the plates. An examination of a number of these stamps showing this variety, some of which were in strips and pairs, reveal no two exactly alike which is almost positive proof that the variety is a printing rather than a plate variety.”

These days we call this “scooped ink.”

I would add by way of further explanation that the area around the numeral is the deepest cut into the intaglio plate as the ink needs to be thick to be deep blue to set the “1” off. Keep in mind that the ink in a circular receptacle will be highest around the outside.

Either not enough ink was applied to the plate, or as Brookman said, excess was removed in wiping the plate surface prior to printing. Whatever the cause, when the paper was pressed into the depressions of the plate, there was not enough ink to fill the entire area around the “1” on one or both circles.

Because printing flaws such as this do not receive catalog recognition, collectors who spot it are frustrated and sometimes wonder if they have found a new error that has not yet been listed.

Unfortunately this is not the case. The phenomenon is random and differs from stamp to stamp. So, it is collectible but not valuable.