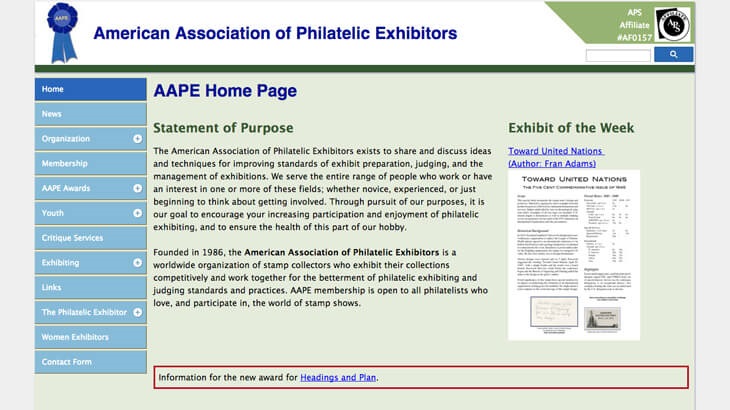 It has been 28 years since the American Association of Philatelic Exhibitors released a new book. That hiatus will end this spring at World Stamp Show-NY 2016.

The Path to Gold: 175 Proven Stamp Exhibiting Tips, by Steven Zwillinger, is the newest book release from the American Association of Philatelic Exhibitors.

After a 28-year publishing hiatus, AAPE returns with this 200-page, eight-chapter publication set to be released to the public at World Stamp Show-NY 2016.

The release, and a book signing from Zwillinger, will take place at 11 a.m. on Thursday, June 2, at the Javits Convention Center in New York City.

“This book will serve as a textbook for the exhibiting community,” AAPE President Patricia Stilwell Walker said. “Steve Zwillinger is one of the talented philatelic writers in America and this book on the art and techniques of competitive philatelic exhibiting will help current exhibitors improve their exhibits as well as help beginners take the first steps to become an exhibitor.”

The book features more than 300 illustrations and plenty of information on exhibiting, presenting, and the do’s-and-don’ts of stamp exhibitions.

The Chinese New Year—Year of the Monkey and Botanical Art stamps were among the new U.S. stamps to receive Scott numbers.

Which other issues are now Scott catalog official?