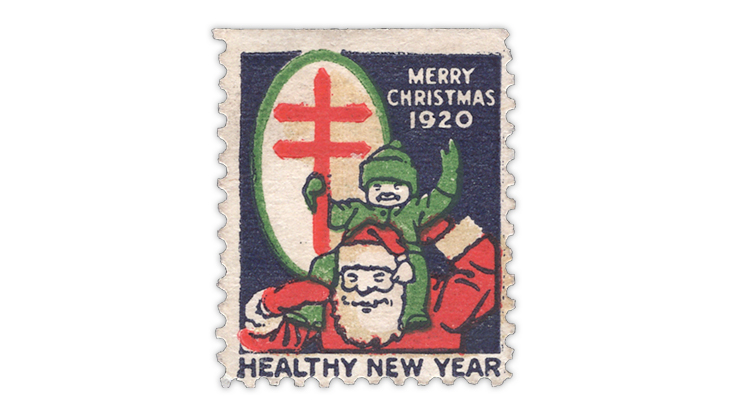 For the second straight year, I have received no new reports of earliest-known uses (EKUs) of United States Christmas seals tied to covers by a cancellation.

I began the search for these EKUs more than 20 years ago, and November dates of availability to the public have been established for almost all U.S. Christmas seals issued from 1908 through 1935.

I appreciate the cooperation of many Linn’s readers over the years, but especially that of Lou Caprario and George Painter of the Christmas Seal and Charity Stamp Society, who seemed to come up with new EKUs almost every year.

But it looks like we have found the great majority of the earliest examples that exist, so I think it is probably time to retire this feature.

The reason that the list of Christmas seal EKUs stops with 1935 is that from 1936 onward there were formal first days. This is not to say that earlier uses can’t be found. A few do exist, but they are curiosities and are not as significant as those from earlier years.