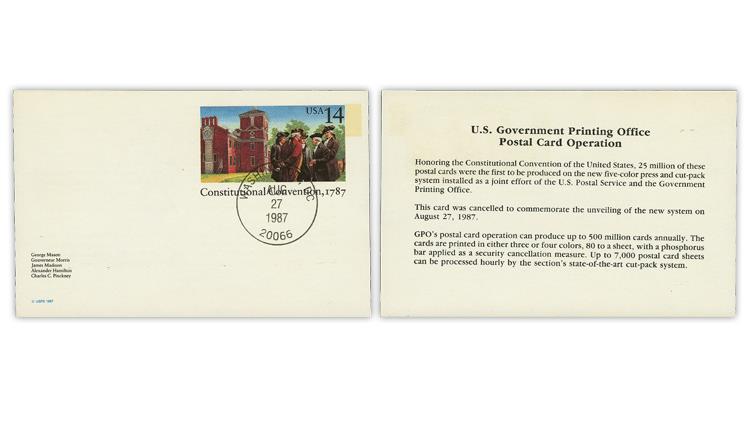 Figure 1. This 1987 Constitutional Convention, 1787 14¢ postal card was the first to be printed on a new Roland Man 800 offset five-color press that the Government Printing Office formally accepted on the date of cancellation, Aug. 27, 1987. The back of t 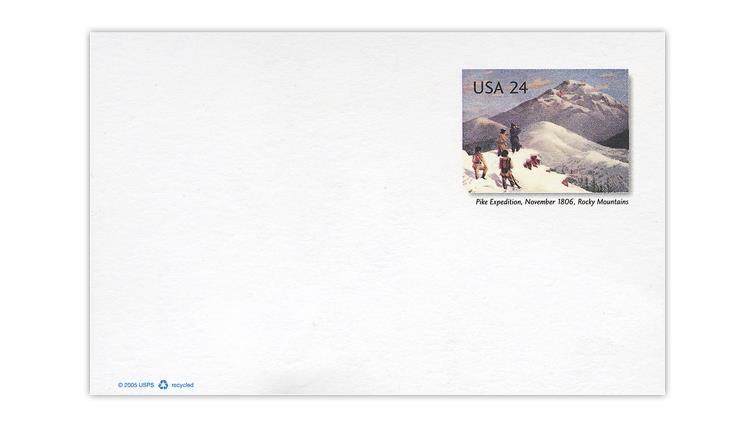 Figure 2. The last postal card to be produced by the GPO was the 24¢ Pikes Peak card of 2006.
Previous
Next

The acquisition by the United States Government Printing Office of new equipment in 1987 marked a sea change in the production capacity of the GPO and its ability to produce ever more colorful postal card designs.

Until that time, multicolor printing was limited to two colors in a single pass. More colors required another time-consuming pass. Given that the United States Postal Service was planning in the 1980s to expand the postal card program to cover more subjects and more colorful art, the GPO needed to update its production and processing equipment, some of which dated back to 1925.

This led to the installation in 1987 of a five-color Roland Man 800 offset press at the GPO.

Another acquisition at the same time was a UNO cut-pack system that processed the 80-subject sheets produced by the five-color press and converted them into completed packets of product to be sent to the 49 regional distribution centers serving 6,300 post offices nationwide.

The cut-pack system was able to process up to 7,000 sheets of 80 postal cards per hour. The machine collated, cut, banded, stacked, shrink-wrapped and labeled the packages for delivery.

The first card fully produced on the new equipment was the Constitutional Convention, 1787 14¢ card issued May 25, 1987 (Scott UX116). The card shown front and back in Figure 1 was canceled on Aug. 27, 1987, to commemorate the acceptance and unveiling of the new system.

The back of this card cites some of the facts mentioned in this column.

The GPO continued to use this system until 2006, when the USPS began contracting with outside firms exclusively to produce postal cards.

The last postal card to be produced by the GPO was the 24¢ Pikes Peak card of 2006 shown in Figure 2. It is the final of about 60 cards that GPO produced on the new equipment.