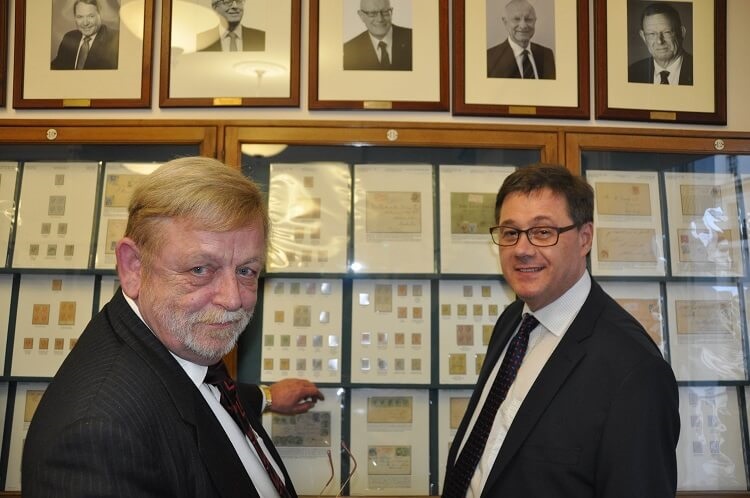 The following is a March 8 release from the Royal Philatelic Society London:

“I have never before seen so many die proofs in one go.”

So commented President Frank Walton of the Royal Philatelic Society London, when introducing to the society the display of the Dutch Antilles in the West Indies.

Presenting his display, Deo van Wijk explained that, when he was six years old, he was introduced to stamps by his father. Putting aside his stamps when he reached 15, he came back to the hobby at the age of 30. He then “went wild,” buying as many collections as he could. “I had a room full of albums and boxes to the ceiling. I was trapped. I didn’t know what I had.”

John Jackson, giving the vote of thanks, drew particular attention to the very fine covers on display, not least those bearing the early postage dues.

Those wishing to visit the Royal Philatelic Society London at 41 Devonshire Place, London W1G 6JY, or be a guest at one of its meetings, are asked to contact in advance the Administrative Office on 020 7486 1044.