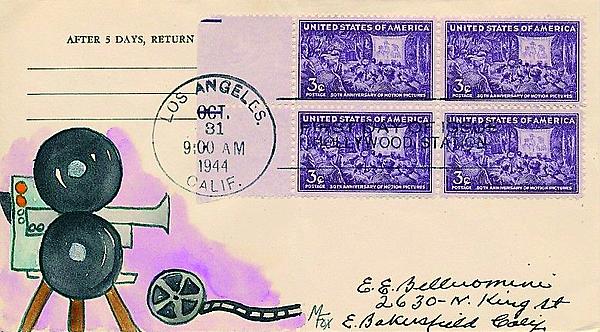 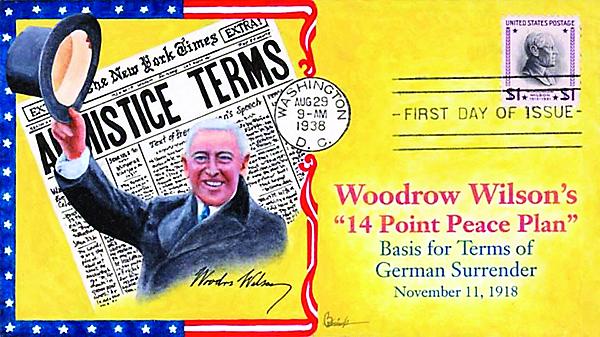 The question comes up frequently: What is an “add-on” cachet, and when does a cachet become an add-on?

The devil is in the details, however. At what point after the first-day does a cachet become an add-on?

As in many aspects of philately, there is no “law,” no hard-and-fast rule. The American First Day Cover Society does not address the issue, other than saying “an ‘add-on’ cachet should be clearly identified as such.”

The consensus is one year after the issue date, but not everyone agrees.

Some cachetmakers who hand-paint their designs get around the question by laying down the background, then adding the stamp and postmark, and finishing the cachet at a later time. In this way, they don’t risk hours of work to the possibility of a bad cancellation.

For most 20th-century issues, finding uncacheted FDCs is not a problem. Cacheted FDCs, in fact, were the exception, not the rule, before the 1930s.

Even after more servicers produced cachets and these unserviced envelopes were easier to purchase in advance of the issue date, many collectors (particularly children) would send in blank envelopes. Noncollectors who were excited by an issue might read the FDC servicing instructions in the stamp column of their local newspapers, which rarely mentioned using cacheted envelopes.

Melissa Fox was a prolific producer of add-on cachets from the late 1970s to approximately 2004. Figure 2 shows one of her creations for the 1944 3¢ Motion Pictures stamp (Scott 926) that was recently offered in a Patkins Postal History Store sale.

The U.S. Postal Service today makes adding cachets even easier. It sells uncacheted FDCs from its fulfillment center, in many postal stores, or even in regular post offices. These often remain on sale well after the stamp was issued.

For example, first-day covers for the Emancipation Proclamation stamp (Scott 4721), issued Jan. 1, 2013, remained on sale for approximately one year and will be removed from sale March 31. Uncacheted FDCs stay on sale for about a year at the shop.usps.com website under “Buy Stamps” and then “Collectibles.” Older issues can sometimes be found at postal store locations.

Why add on a cachet? There are many reasons. Among them: Some hand-painted cachets take several days to produce. The USPS new-issue calendar might be too crowded for an artist or servicer to keep up. The cachetmaker might be new to the hobby and inspired by an earlier issue. Inspiration might strike late.

Many of these reasons are exacerbated by the current USPS policy of not unveiling stamp and postmark designs — or even the subject of the stamp — until the last minute.

How can a cachetmaker plan a complementary design in advance when this information isn’t provided in a timely manner?