Thousands of German, British and Italian value changes in Vol. 3 of the 2015 Scott 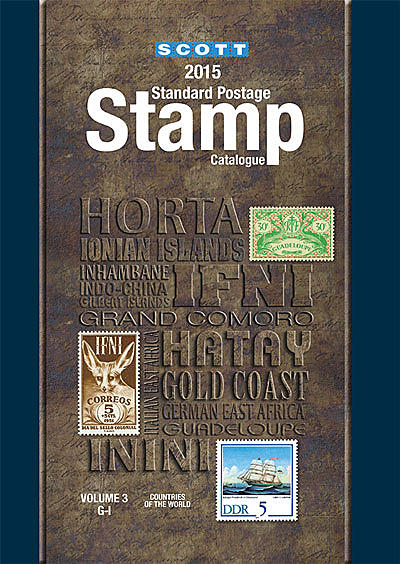 There are a large number of value changes among the listings for Germany, Great Britain and Italy in Vol. 3 of the 2015 Scott Standard Postage Stamp Catalogue, which contains stamp listings for countries of the world G through I.

Substantial increases are seen for a number of early booklet panes in the postage, semipostal and air post sections (for representative examples, see Germany Scott 356a, B24a, and C30b and C30c).

Numerous value changes are concentrated among the German semipostal stamps, beginning with the first issues of 1919 and continuing through the mid-1940s.

More than 500 value changes were made in German States, many of them increases.

More than 1,000 value changes were made in Great Britain, most of them upward adjustments to the values for unused nondenominated stamps inscribed “1st,” “2nd” and “E” to reflect their current face value following rate changes over the years.

For the most part, the values have been adjusted to double the current face value of these stamps, regardless of the face value at the time of issue.

Increases also can be found in Grenada, where the imperforate-between error pair of the 1873 1-penny deep green Queen Victoria (Scott 5Bj) moves from $12,000 to $13,000 in this year’s catalog.

In Guyana, a total of 40 stamps with handstamped surcharges issued in 2012 are valued for the first time. The values are italicized, which means that the editors relied on scant market data to establish them. At this point, it is apparent that these modern surcharged stamps are hard to find.

Almost without exception, values for unused (mint, never hinged) stamps are down modestly, on the order of 10 percent or so. More significant reductions are seen for used stamps in this time period.

Other countries with significant value changes include Iceland, Iran and Israel.

A methodical and thorough review of Israel resulted in more than 1,350 value changes. In general, the market for Israel stamps is thin, as can be seen in the lowering of most values. An example is the 1949 souvenir sheet of four celebrating the first anniversary of Israel postage stamps (Scott 16), which falls to $55 unused (mint, never-hinged) and $22.50 used, from $80 unused and $27.50 last year.

The cover price for the printed version of Vol. 3 and each subsequent 2015 Scott Standard Postage Stamp Catalogue is $119.99. Linn’s Stamp News subscribers are eligible for a discount when purchasing online direct from the publisher through the Amos Advantage program.