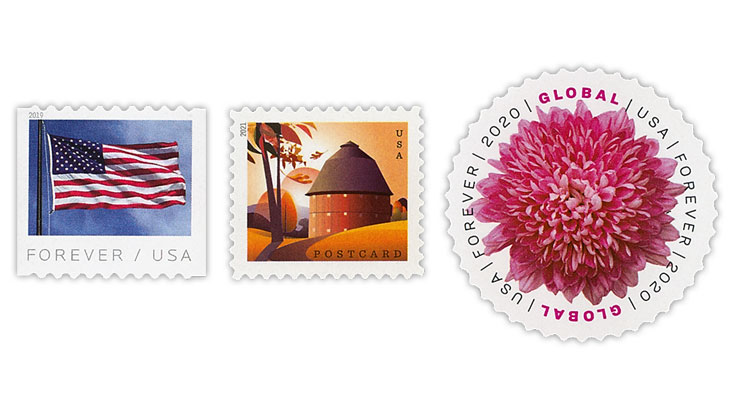 If approved by the Postal Regulatory Commission, the cost of mailing first-class letters, postcards and international letters will increase Aug. 29.

Invoking its new authority to seek higher stamp prices, the United States Postal Service proposed May 28 to boost the price of a first-class stamp by 3¢ to 58¢. The current rate is 55¢.

By using virtually all of its increased rate authority and by pushing the effective date to late August instead of waiting until January 2022, the agency sent a message about how urgently it wants additional revenues.

Here are some of the proposed changes.

Postal box rental fees will increase by 9.3 percent, and publications will see an 8.8 percent postage increase.

Rates for marketing mail, also known as advertising mail, will rise about 6.8 percent.

Overall the rates for price-controlled products would rise by approximately 6.9 percent, the Postal Service said. Had a previous price cap remained in place, price increases would have been limited to about 1.2 percent

“For the past 14 years, the Postal Service has had limited pricing authority to respond to changing market realities,” DeJoy said in a May 28 news release praising the increased rates.

“The Plan’s growth and efficiency initiatives, including the proposed pricing changes, together with necessary legislation, should allow the Postal Service to make investments totaling approximately $40 billion over the next 10 years to modernize and improve our infrastructure to become more efficient and service responsive,” he said.

Major mailing groups were attacking the higher rates well before they were announced.

They said that the higher stamp prices would accelerate the volume declines that the USPS has been experiencing.

In an apparent effort to rebut the mailers’ complaints, the USPS said in its rate announcement that it still will have “some of the lowest letter-mail postage rates in the industrialized world and continues to offer a great value in shipping.”

DeJoy also said the USPS board of governors was “committed to judiciously implementing a rational pricing approach that helps us remain viable and competitive and offer reliable postal services that are among the most affordable in the world.”

With rate increases and Congressional actions, DeJoy has issued a 10-year plan that he says will ultimately allow the USPS to break even.

The agency also took a step on May 28 toward lowering its operating costs by sending reduction-in-force notices to an unannounced number of nonunion postal workers.

Mailing groups also were upset by the timing of the new rates.

Art Sackler, manager of the Coalition for a 21st Century Postal Service, said it was “a huge increase that will drive mail out of the system and make the Postal Service projections about mail losses over the next 10 years a self-fulfilling prophecy.”

“On top of that, why would you impose it now, when the economy is reopening and small businesses, nonprofits and many others need affordable access to the mail for themselves and the economy as a whole,” Sackler said.

Michael Plunkett, president of the Association for Postal Commerce, called it “an unnecessary and potentially destructive rate increase.”

“Despite record postal revenues and an ongoing economic recession, the Governors of the Postal Service chose to put the interests of the agency ahead of the public,” Plunkett said.

Stephen Kearney, executive director of the Alliance of Nonprofit Mailers, said the case was what mailers had feared, “As much as we anticipated the full use of the new postal rate authority, it’s still shocking to see a government monopoly harming captive mailers for the sake of its profitability.”

“It’s what a private sector business with a strong monopoly would do, but it’s not what I believe our public Postal Service should do,” he said.

“In addition to being bad public policy, we strongly believe that the regulator granted this authority unlawfully and without properly taking into account the recent major changes that have greatly improved the outlook for USPS.”

The more aggressive approach to pricing is part of DeJoy’s effort to improve the Postal Service’s finances.

It reflects his desire to keep the agency self-financing.

Like many Republicans in Congress, DeJoy has not expressed eagerness to get regular taxpayer support for the USPS. However, he has accepted COVID-19 relief funds and is seeking taxpayer money for new electric delivery trucks.

This story was updated June 4, 2021, with new information.