Tiny post office in Virginia at center of racial controversy 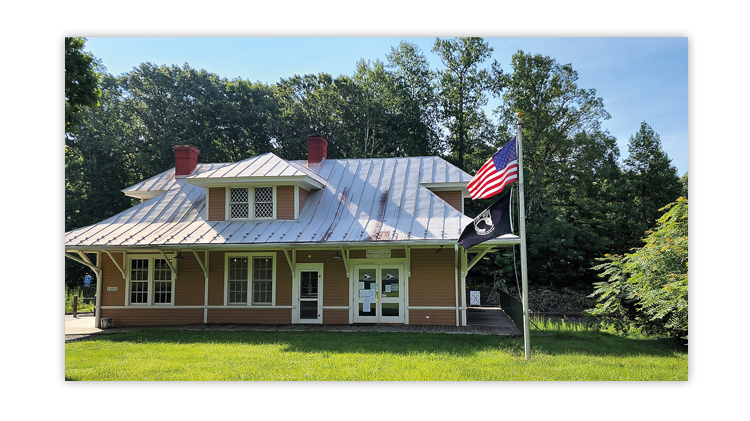 The tiny Montpelier Station post office is housed in this train depot near the Montpelier estate of James Madison in Virginia. The U.S. Postal Service recently suspended operations at the post office because of what it perceives as racially charged issues

A tiny one-person Virginia post office that suddenly closed in June has plunged the United States Postal Service into a racial controversy.

The furor is all about the Montpelier Station, a train depot that sits next to the Montpelier estate of James Madison, the nation’s fourth president.

Located about 75 miles northwest of Richmond, the depot houses both a post office that opens only four hours a day and a museum that displays the ills of segregation.

A post office was added to the building in 1912, and its name, “Montpelier Station,” was adopted as the unincorporated community’s name.

The Montpelier Foundation, which runs Madison’s estate, faithfully restored the depot in 2010 down to its racially segregated waiting rooms as a museum to educate the public about segregation and the Jim Crow era.

It was part of the Montpelier Foundation’s efforts to recognize the Madison family’s more than 300 slaves and the issues they faced.

Some senior postal officials only recently learned of the museum’s signage which labeled one entrance “Whites” and another “Colored.”

“Because the Post Office is colocated in the same building as the segregation museum, Postal Service management considered that some customers may associate the racially-based, segregated entrances with the current operations of the Post Office, and thereby draw negative associations between those operations and the painful legacy of discrimination and segregation that marked prior historical eras,” a postal statement said.

That’s why the Postal Service said it suddenly “suspended” the office, hoping to find “suitable alternative quarters in the community.”

The closing shocked many in Virginia, including Elizabeth Chew, Montpelier’s interim president and CEO, who has said she was not warned about the action.

Rep. Abigail Spanberger, D-Va., who represents the area, voiced extreme frustration at the “lack of transparency” by the USPS.

It was “wholly unacceptable to leave entire communities in the lurch without reliable access to mail services,” she said.

Michael Paul Williams, a Pulitzer Prize-winning columnist for the Richmond Times-Dispatch, attacked the closing, saying the USPS action “typifies our nation’s avoidance of its history of systemic racism.”

“The Postal Service’s move is at odds with its admirable track record of squarely facing history, including by issuing stamps honoring prominent Black Americans, even in the Jim Crow era,” the Washington Post said. “In this case, the agency has fallen short of its own traditions and should reconsider.”

The next step is up to the USPS, which continues to pay rent for the space.